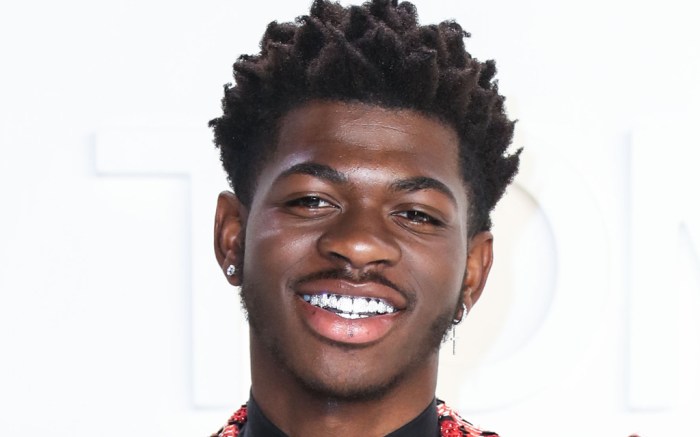 Lil Nas X perfectly married a mix of this season’s biggest trends for an appearance on “The Tonight Show Starring Jimmy Fallon.”

The “Montero (Call Me By Your Name)” musician took to TikTok on Sunday to show off his late-night-ready ensemble, kicking off with an unexpected red tartan skirt and a coordinating oversize blazer. The pieces come courtesy of Virgil Abloh’s fall ’21 men’s collection for Louis Vuitton, demonstrating how to incorporate a conventionally feminine silhouette into a menswear look.

Blazers and suits have become the new normal amongst off-duty celebrity style trends thus far in 2021, potentially led in part by the first-ever female Vice President Kamala Harris and her lineup of power suits as well as a desire to return to more dressed-up silhouettes following the casual trends of 2020.

On his feet, Lil Nas X also broke out another trend for spring in a platform-sole combat boot.

Earlier this year, Lil Nas X made headlines for his shoes but not in the way you’d guess. Around the time of his new music video for “Montero” in March, the musician teased his MSCHF x Lil Nas X “Satan Shoes;” the style reimagined a classic Nike Air Max 97 silhouette with black uppers and red detailing, finished off with a symbolic charm.

While the sneaker appeared to have been made in collaboration with Nike, the athletic powerhouse clarified that it had no part in the creation of the shoe. “We do not have a relationship with Little Nas X or MSCHF. Nike did not design or release these shoes and we do not endorse them,” a Nike spokesperson told FN at the time.

Click through the gallery to find more stars who love their combat boots like Lil Nas X.