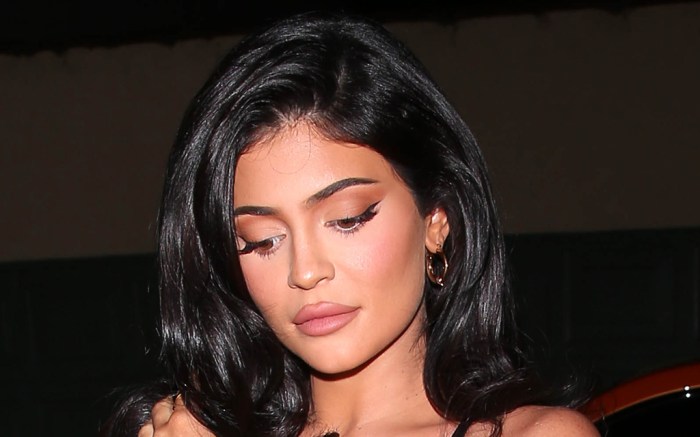 The media personality showed off her edgy beachside attire, opting for a twist on spring’s hit trend in a knitted spaghetti strap top and coordinating low-rise skirt. Low-rise skirts and pants were a common sight decades ago as stars elevated their off-duty attire with bold tank tops and bandeau crop tops amongst other major trends.

Fishnet, crocheted fabric and open-knit materials, too, come together as a major trend for celeb style in 2021. Whether it’s a netted gown on the red carpet or Bottega Veneta’s cult-favorite sandals, Rihanna, Gabrielle Union and Dua Lipa are amongst the many who have modeled these fabrics over the past few weeks alone.

The Kylie Cosmetics founder herself is a major fan of the knitted trend, modeling another beach-chic take on the fabric during her vacation earlier this month. The beauty creator posed by the beach, modeling a crochet-knit dress with risk-taking cutouts.

Amongst the revitalization of 1990s and early 2000s silhouettes, cutout designs as well are making a triumphant return to the celebrity style scene this season from Cult Gaia’s beloved twisted dress to Monôt’s peek-a-boo designs.

Flip through the gallery for more of Kylie Jenner’s chic style evolution over the years.