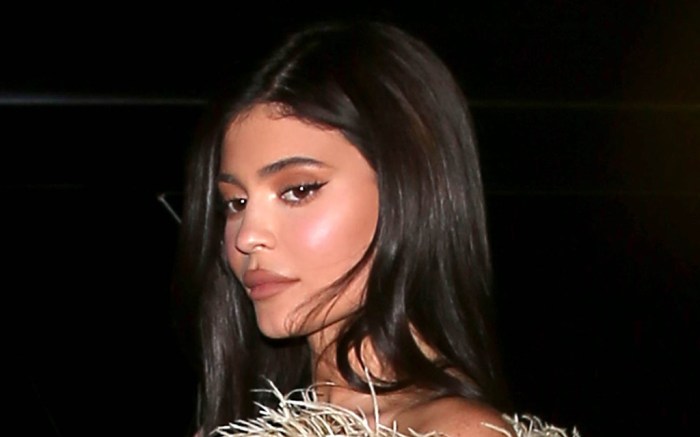 Kylie Jenner’s idea of a casual night out may look a bit bolder than most.


The slick appeal of her pants then melted right into her choice of footwear. The beauty mogul slipped on a set of towering stiletto pumps with a slingback strap and a sharply pointed-toe finish, all balanced atop a teetering heel.


Earlier this week, Kylie went dressed up once more for an unexpected outing: pumping gas. She stopped by a local gas station on Monday in a standout ribbed Alyx Studio orange dress that hit at a midi length with a unique halter neckline. As she grabbed a bag of Corn Nuts and filled up the tank of her Lamborghini, Jenner also showed off her glittering jewelry, Off-White handbag and $8 Skims face mask.

The 23-year-old continued the standout look with her choice of almost invisible heels. The strappy sandals came complete with clear PVC uppers and a nude base, bearing resemblance to Gianvito Rossi’s Metropolis silhouette. The design is set atop a 4.3-inch heel and retails for $682 at Farfetch.


When it comes to footwear and shoes, Kylie Jenner herself has an impressive history specifically in the sneaker industry. Before she was a beauty mogul, the Kylie Skin founder held multiple gigs in the sneaker world. She formerly served as a brand ambassador for Puma before joining forces with Adidas in August 2018, exclusively wearing Three Stripes styles in campaigns and across social media.

Channel Kylie Jenner with ease in these stilettos inspired by her bold footwear moment.

Click through the gallery to check out more of Kylie Jenner’s wildest looks over the years.