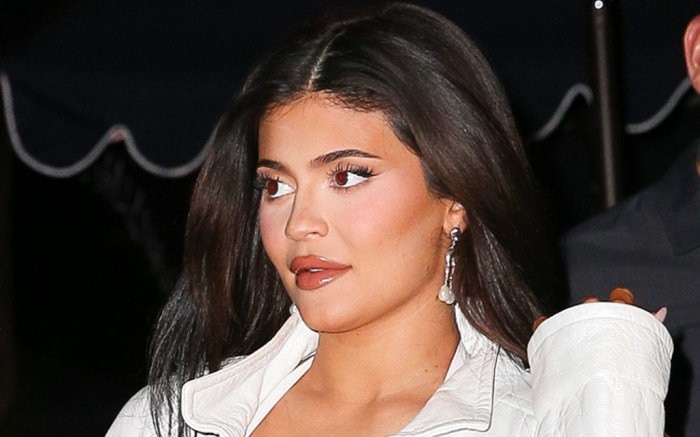 Kylie Jenner is giving a whole new meaning to the idea of maternity style.

Last night, the beauty creator hit the town in bold fashion, stepping out in New York in all-black attire. The outfit — including a sheer lace catsuit and coordinating sarong skirt — comes courtesy of LaQuan Smith who just debuted his latest collection at New York Fashion Week on Thursday evening.

While they’ve been around for decades, catsuits are making a triumphant return to the fashion scene this year. Spotted on the likes of Normani, Irina Shayk, Megan Thee Stallion and more, the streamlined silhouette offers an effortlessly chic way to upgrade your everyday attire.

To round out her own twist on the trend, Kylie threw on a black trench coat and a set of sleek pumps with a unique elongated square toe.

After announcing the news of her second pregnancy with Travis Scott in a surprise Instagram video earlier this week, the media mogul herself is already back on her statement pregnancy style game. When she first touched down in the Big Apple, Kylie stopped by Carbone in all-white leather attire from her slick trench coat to her baby bump-hugging halter minidress.

The outfit also included a set of statement heels, balanced atop a pointed-toe base and stiletto heel with see-through uppers to tout.

Check out the gallery for more of Kylie Jenner’s risk-taking style over the years.