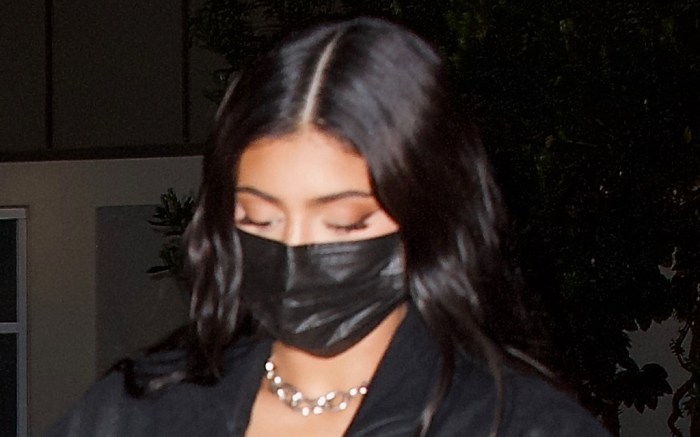 Kylie Jenner found the perfect combination of two of spring’s most daring trends during her tropical vacation.

The beauty creator posed by the beach on Instagram yesterday, modeling a crochet-knit dress with risk-taking cutouts. Fishnet, crocheted fabric and open-knit materials come together as a major trend for celeb style in 2021. Whether it’s a netted gown on the red carpet or Bottega Veneta’s cult-favorite sandals, Rihanna, Gabrielle Union and Dua Lipa are amongst the many who have modeled these fabrics over the past few weeks alone.

Amongst a revitalization of 1990s and early 2000s silhouettes, cutout designs as well are making a triumphant return to the celebrity style scene this season from Cult Gaia’s beloved twisted dress to Monôt’s peek-a-boo designs.

Over the weekend, Kylie and Travis Scott gave their daughter a day she’ll never forget with a trip to Disneyland in Florida.

Joined by Rob Kardashian’s 4-year-old daughter Dream, Kylie and Travis explored the theme park alongside their 3-year-old daughter Stormi Webster. For the outing, Kylie went casual-chic in high-rise, tie-dye jeans and an “It” girl cropped top.

On her feet, Kylie decided to match her “Astroworld” counterpart in footwear from his own collaboration. The Travis Scott x Air Jordan 6 Retro “British Khaki” design dropped just last month as the latest buzzy installment between the rapper and Jordan Brand. The new silhouette is recognizable for its brown suede uppers, hints of burnt red detailing and a glow-in-the-dark outsole. In a unique twist, the sneaker also includes two stash pockets across the collar for handy storage.

Originally retailing for $250 at time of release, the sneaker now resells for upwards of $355 to $950 at StockX.

Flip through the gallery for more of Kylie Jenner’s bold style over the years.