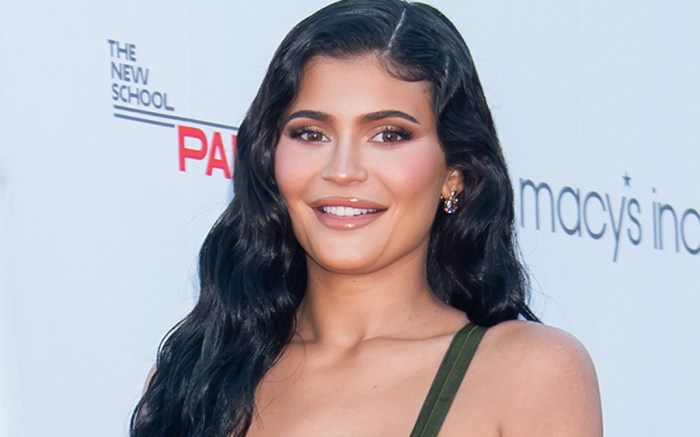 Kylie Jenner is offering a giveaway you won’t want to pass up.

The media mogul is giving away $80,000 with thousands of dollars worth of Louis Vuitton bags today with Scott Disick, as shared on Kylie’s Instagram. To promote the competition, the beauty founder went bold in a peek-a-boo ribbed tube dress; the throwback silhouette from the late 1990s and early 2000s is identifiable from its straight and strapless neckline as well as its form-fitting design.

Amongst a revitalization of 1990s and early 2000s silhouettes, cutout designs as well are making a triumphant return to the celebrity style scene this season from Cult Gaia’s beloved twisted dress to Monôt’s peek-a-boo designs.

Kylie herself rounded out her bold look with metallic gold sandals; the strappy design featured a crisscross front with a securing ankle strap and a square-toe finish.

The Kylie Cosmetics founder herself wore a similar set of gold heels back in May while visiting Miami.

Go glam like Kylie Jenner in these metallic gold sandals.

Flip through the gallery for more of Kylie Jenner’s style evolution over the years.