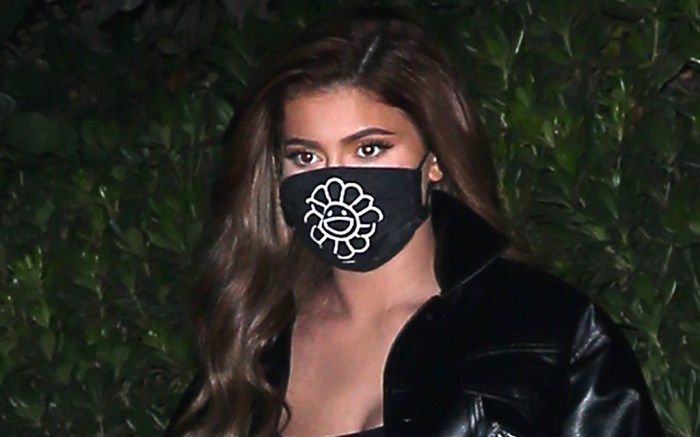 Kylie Jenner gave her take on streetwear styling today with a little help from a buzzy set of sneakers.

Color-coordinated attire has quickly become the must-see styling hack of 2021, offering a streamlined route into a chic ensemble. Stars like Kourtney Kardashian, Kristin Cavallari and even Jill Biden and Michelle Obama have tried out the trend for themselves in the past weeks alone.

To continue the monochrome appeal of her attire, Jenner herself laced up a set of rare kicks. The black and white Nike SB Dunk Low is one of the latest installments of the Swoosh brand’s collaboration with Supreme that released on March 4. Formed with contrasting leather uppers, the lateral side features gold star decor in an homage to the hard-to-come-by 2003 Nike SB Dunk High Supreme design.

Rare sneakers are a regular occurrence in Jenner’s footwear rotation. In November 2020, for example, Kylie tapped the beloved collaboration between Vigil Abloh’s Off-White line and Michael Jordan’s namesake brand in a retro silhouette.

The Off-White x Air Jordan 1 Retro High “White” released in March 2018 and instantly became a highly-coveted design amongst sneakerheads. Formed with a mix of materials ranging from mesh panels to leather and suede overlays, the high-top style comes adorned with recognizable accents from both brands — think the Jumpman logo and Abloh’s favorite Helvetica font. While the pair released with a $190 price tag, they’ve now become a sought-after set with heightened resale prices; a popular size can go for as high as $5,812 on resale site StockX.com.

When it comes to footwear and shoes, Kylie Jenner herself has an impressive history specifically in the sneaker industry. Before she was a beauty creator, the Kylie Skin founder held multiple gigs in the sneaker world. She formerly served as a brand ambassador for Puma before joining forces with Adidas in August 2018, exclusively wearing Three Stripes styles in campaigns and across social media.

At the start of 2020, though, the media personality posted photos of herself wearing a series of Nike sneakers, leading fans to speculate that her contract with Adidas had expired. Since then, Kylie has continued wearing rare kicks. When she isn’t in sneakers, the reality television star favors everything from Giuseppe Zanotti zebra sandals to Dior knee-high boots to clear Yeezy pumps matched to apparel from Balmain, LaQuan Smith and Marine Serre amongst other top brands.

Click through the gallery to see more of Kylie Jenner’s boldest looks over the years.