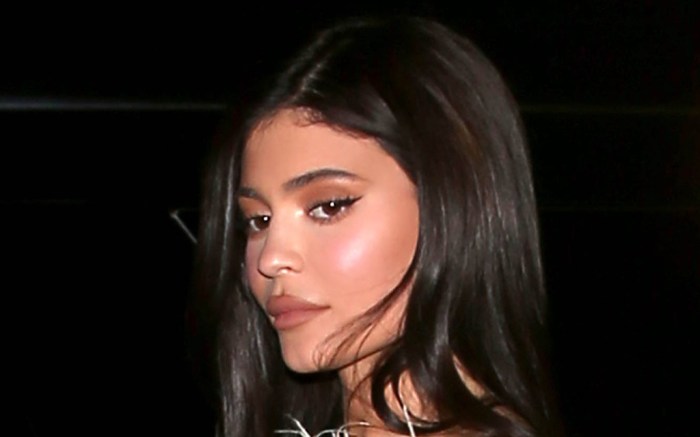 The “Keeping Up With the Kardashians” star boarded a private plane wearing head-to-toe crochet pieces courtesy of Magda Butrym. From her $3,035 tailored handwoven blazer to her matching knit pants, the entire look gave a twist on monochrome styling — a major trend for spring and summer ’21. Accented further with a crochet corset from Dion Lee, the soft material even continued into her choice of footwear.

Her square-toe heels came set atop an almost 4-inch Louis heel with a securing slingback strap, wrapping around the ankle for a bold touch. The real kicker of the almost $850 design is the front toe and its coordinating woven cotton upper and transparent techno mesh lining.

When it comes to footwear and shoes, Kylie has an impressive history specifically in the sneaker industry. Before she was a beauty mogul, the Kylie Cosmetics founder held multiple gigs in the sneaker world. She formerly served as a brand ambassador for Puma before joining forces with Adidas in August 2018, exclusively wearing Three Stripes styles in campaigns and across social media.

At the start of 2020, though, the reality television personality posted photos of herself wearing a series of Swoosh sneakers, leading fans to speculate that her contract with Adidas had expired. Since then, Kylie has continued wearing rare Nike and Jordan Brand kicks. When she isn’t in sneakers, the media star favors everything from Giuseppe Zanotti zebra sandals to Dior knee-high boots to clear Yeezy pumps matched to apparel from Balmain, LaQuan Smith and Marine Serre amongst other top brands.

Click through the gallery to find more of Kylie Jenner’s top looks throughout the years.