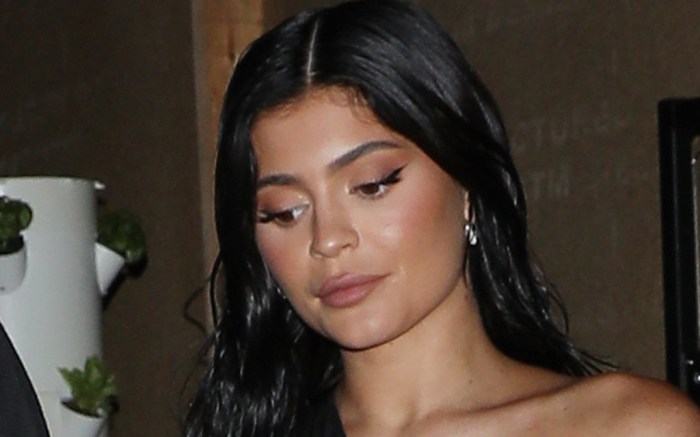 Kylie Jenner is spookier than ever for her latest beauty collection.

The media mogul is launching the first-ever Kylie Cosmetics x “A Nightmare on Elm Street” collaboration just in time for the holiday spirit. To announce the news, Kylie tackled the theme of the collection with ease in a very Kardashian twist on a Freddy Kruger-inspired costume.

The ensemble highlighted a full-sleeved catsuit that echoes Krueger’s recognizable scarring from the film series. The bloody design came balanced as well with matching platform heels, camouflaged in the same print with an over 5-inch lift. For a final touch, Kylie even paid homage to the character’s signature bladed hands with her choice of nail art.

Kylie Jenner is no stranger to an over-the-top Halloween moment. The beauty mogul takes the holiday by storm wearing the boldest costumes that include everything from Disney Princesses to Playboy Bunnies.

Last year, Kylie joined her friends for a group costume, recreating the iconic Power Rangers squad from the original 1990s series with their own twist. Kylie herself served as the Red Ranger in a look that included a form-fitting crop top and leggings set with an in-character belt and a standout red wig to tout.

As for footwear, the reality television personality made sure to boost the look with towering heels in the form of sleek white pointed-toe booties.

Check out the gallery for more of Kylie Jenner’s style evolution over the years.