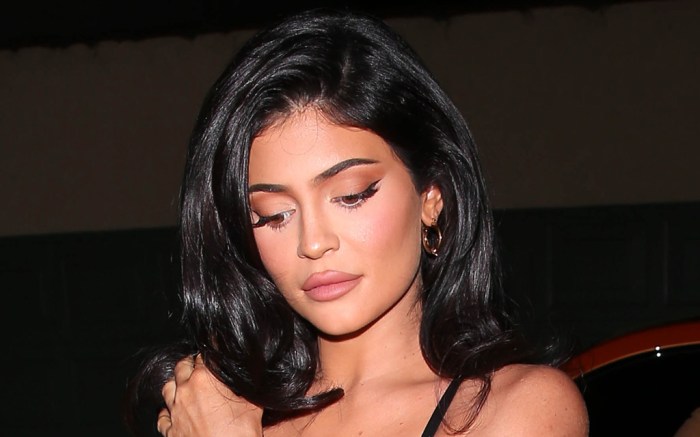 While she has been known to go above and beyond for Halloween, Kylie Jenner decided to keep things surprisingly casual this year.

The media personality joined her daughter, Stormi, and beau, Travis Scott, for a more intimate Halloween celebration last night. Jenner, who is expecting her second child with Scott, decided to go as a classic cat, modeling a baby bump-hugging catsuit and platform combat boots courtesy of Prada. Her costume also included a leather jacket and, of course, black cat ears.

As for Travis Scott, the rapper went as Michael Myers in a face mask, varsity jacket and surprisingly buzzy Nike Dunks.

Not to be outdone, Kylie herself did celebrate  Halloween once more in October with her first-ever Kylie Cosmetics x “A Nightmare on Elm Street” collaboration. To announce the news, Kylie tackled the theme of the collection with ease in a very Kardashian twist on a Freddy Kruger-inspired costume.

The ensemble highlighted a full-sleeved catsuit that echoes Krueger’s recognizable scarring from the film series. The bloody design came balanced as well with matching platform heels, camouflaged in the same print with an over 5-inch lift. For a final touch, Kylie even paid homage to the character’s signature bladed hands with her choice of nail art.

Click through the gallery for more of Kylie Jenner’s boldest shoes over the years.