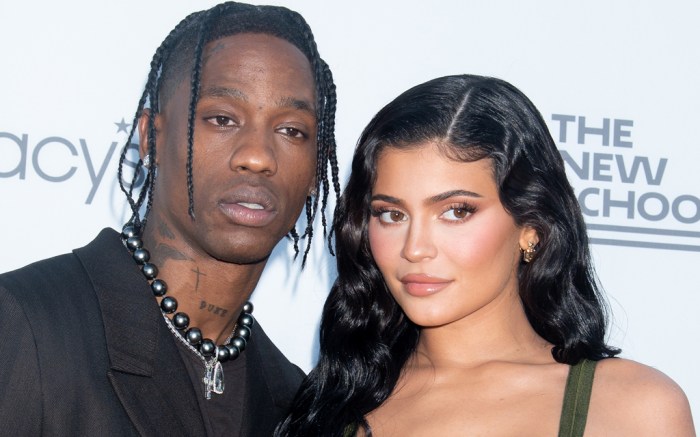 Kylie Jenner brought the heat to New York with a few special guests in tow.

As for Scott, the “Astroworld” rapper decided on all-black attire in a perfectly tailored suit and coordinating tee layered underneath. Stormi matched her dad’s vibe as she wore a textured black shift dress for the event.


When it came down to footwear, the trio showed off the versatility of their style once more. Scott surprised in sleek square-toe dress shoes — a divergence from his normal sneakers — while his daughter balanced out the pick in a set of blue, black and white Air Jordans.

As for Kylie, the media personality tapped into one of her favorite trends for summer in a pair of PVC shoes. The pointed-toe, slip-on design came set atop a towering heel with a fully see-through upper.


When it comes to footwear, Kylie Jenner herself has an impressive history specifically in the sneaker industry. Before she was a beauty mogul, the reality television personality held multiple gigs in the sneaker world. She formerly served as a brand ambassador for Puma before joining forces with Adidas in August 2018, exclusively wearing Three Stripes styles in campaigns and across social media.

Channel Kylie Jenner’s own choice of footwear in these glam heels.

Flip through the gallery for more of Kylie Jenner’s risk-taking style over the years.