Kristin Cavallari’s Tank Top, Leggings & Slides Are Perfect for Washing Your Hair in the Sink 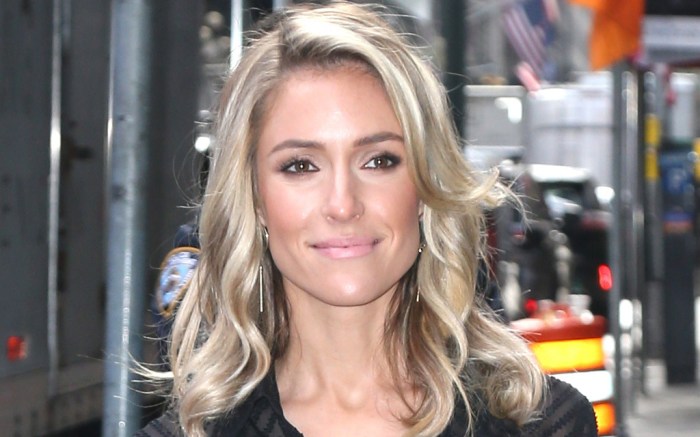 Kristin Cavallari was more relatable than ever today as she had to give her hair a revamp from her kitchen counter.

With help from her friend and hairstylist Justin Anderson, the “Laguna Beach” alumna washed her hair in the sink of her Nashville home yesterday. Capturing the humourous moment on Instagram, Cavallari went comfy-chic in a ribbed tank top and heathered gray leggings.

The finishing touch for the relaxed ensemble came in the form of quilted white slides, which she made sure to keep off her clean counters.

Slides are yet another sandal silhouette considered to be less high-fashion in the industry yet more and more stars are including them into their looks this season. Along with a revitalization of traditionally “ugly” sandals like pairs from Birkenstock and Teva, comfort footwear is quickly becoming all the rage amongst increased appeal of relaxed trends and comfortable style during the pandemic.

Cavallari herself is no stranger to casual off-duty footwear, either. Last month, for example, she mastered rainy day style with ease thanks to her classic Hunter boots. Layered with a denim jacket and leggings, the knee-high pair came with sleek, puddle-ready uppers and a $165 price tag.

When it comes to dressier footwear, though, the 34-year-old star usually prefers teetering stilettos in a mix of silhouettes and colors for her formal occasions — she told FN in 2017 it’s “always” heels over flats. Her collection, highlighting styles from likes of Gianvito Rossi, Prada and Mia Becar could be seen in her former TV series “Very Cavallari.” For more street style looks, Cavallari switches it up and taps Converse, Dr. Martens, Vionic and Sorel in more casual footwear.

Go comfy like Kristin Cavallari in these plush slides.

Click through the gallery to check out Kristin Cavallari’s effortlessly chic style over the years.