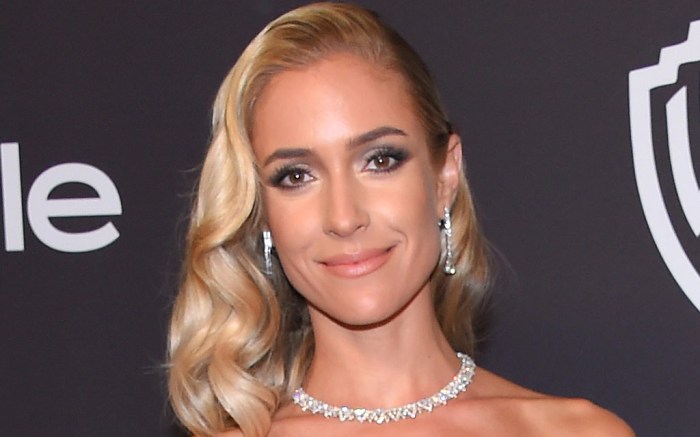 Kristin Cavallari proved this weekend that all you need for the perfect summer outfit is a go-to pair of sandals.

Taking to Instagram yesterday, the “Hills” alumna debuted an effortlessly chic evening ensemble as she got dressed up at home. The outfit featured a V. Chapman bustier-style dress with spaghetti straps, floral print and tiered skirt; similar designs retail for upwards of $435 on the brand’s website.

Cavallari’s dress taps into this season’s newfound appreciation for corseted silhouettes and bustier designs, spotted on everyone from Kourtney and Kim Kardashian to Beyoncé and Rosalía in the past few weeks alone.

On her feet, the media personality rounded out her own ensemble with a pair of nude sandals. The strappy design included chunky nude leather uppers and is a newfound favorite style of shoe for Cavallari; she has continued to wear similar designs all throughout spring and summer to match her feminine yet edgy style taste.

When it comes to dressier footwear, though, the reality television star usually prefers teetering stilettos in a mix of silhouettes and colors for her formal occasions — she told FN in 2017 it’s “always” heels over flats. Her collection, highlighting styles from likes of Gianvito Rossi, Prada and Mia Becar could be seen in her former TV series “Very Cavallari.” For street style looks, Cavallari switches it up with Converse, Dr. Martens, Vionic and Sorel’s more casual footwear.

Beyond both red carpet looks and her off-duty trends, the “Laguna Beach” alumna also has longtime ties to the footwear and fashion industries. She became a brand ambassador for Chinese Laundry in 2012 and designed her own collection with the brand for several years. She also founded her own accessories brand Uncommon James in 2017, with jewelry retailing for under $75, and has her Little James Clothing line for children.

Go glam like Kristin Cavallari in these staple strappy heels.

Click through the gallery for more of Kristin Cavallari’s style evolution over the years.