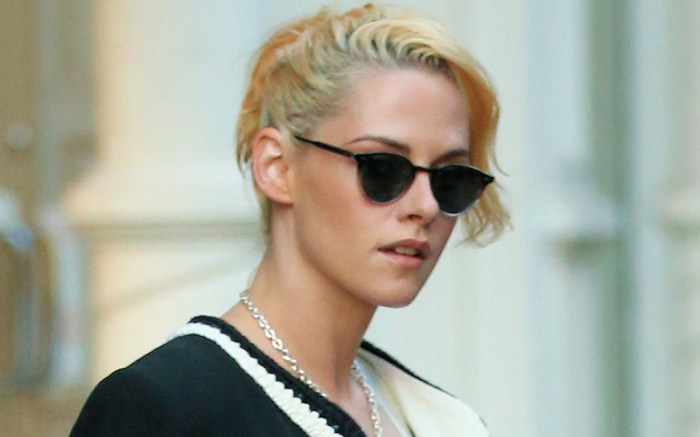 Kristen Stewart modernized one of Princess Diana’s signature looks today as she headed to “The Today Show.”

Grabbing her morning coffee in New York, the actress, who plays the late princess in the upcoming film “Spencer,” opted for casual-chic attire. Her look layered a Chanel jacket over a simple white tank top and classic black biker shorts, reminiscent of Princess Diana’s style from the 1990s.

As for Stewart herself, the newly-engaged actress completed the look with a pair of colorful Nike sneakers. The royal blue pair includued suede overlays atop a whiite upper with hits of teal across the midsole. The design came set with a waffled outsole for added traction and a subtle white Swoosh for a finishing touch.

As for Stewart herself, the “Twilight” star’s style can be considered a twist on punky edge, oftentimes opting for darker pieces from brands such as Dr. Martens, Vans, Malone Souliers and Thom Browne amongst other major labels. Dipping her toes into the high fashion world, she signed on as an ambassador for Chanel beauty in 2016 and has since appeared in a series of ad campaigns for the brand on top of continuously sitting front row at all the label’s runway shows.

Click through the gallery for more of Kristen Stewart’s edgy shoe style over the years.