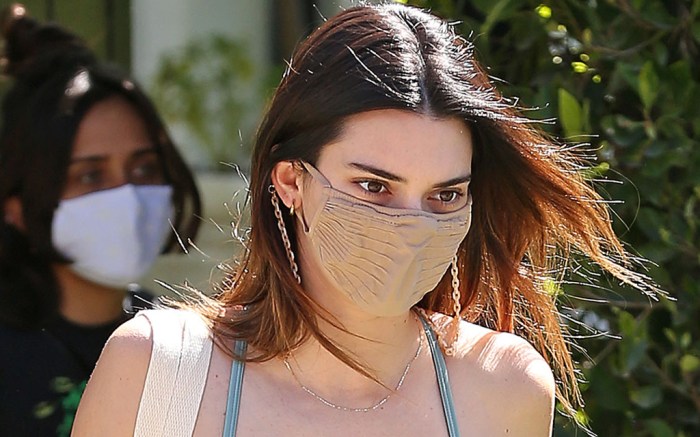 Kendall Jenner proved the power of stylish athleisure this week in a tennis-inspired look.

The model, who recently joined forces with Alo Yoga for a social media campaign, donned new pieces from the athletic brand on Instagram yesterday. The ensemble gave a twist on tennis whites, matching a $72 bra tank to a Green Apple pleated skirt, available for $68 at AloYoga.com.

The slime green outfit this week isn’t Jenner’s first time modeling the shade for the workout brand, either. Back in April, the media personality slipped on a coordinating $48 spaghetti-strap sports bra and $56 biker shorts for an afternoon of painting.

In addition to her sleek athleisure, you can oftentimes find the reality television personality in a selection of trending shoes. The hit model’s closet often includes more of an edgy, tomboyish touch, adding in pieces like chunky Prada combat boots and Bottega Veneta clogs. Still, the older Jenner sister appreciates a trending sneaker just like her youngest sibling, Kylie Jenner, previously stepping out in a mix of unreleased styles and buzzy pairs from Nike, New Balance, Off-White and more.

Click through the gallery for more of Kendall Jenner’s style evolution over the years.