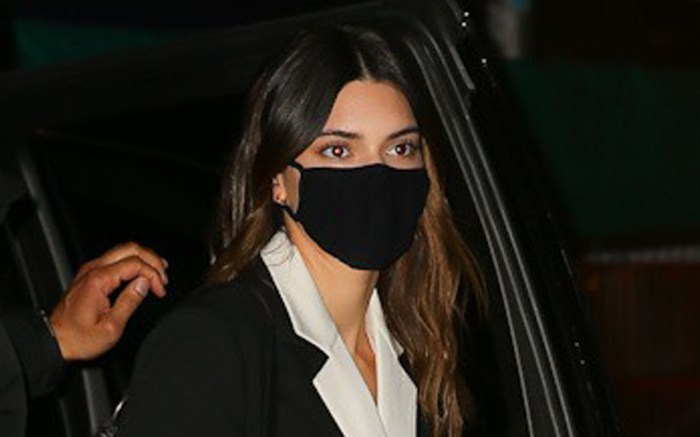 Stepping out for dinner in New York last night, the supermodel donned a paneled black and white blazer, cleverly making it appear like a dress as she layered the oversize design with a hidden mini skirt and sheer tights.

For footwear, Kendall herself tapped another major trend for the year thus far to complete her look: knee-high boots. The sleek pointed-toe pair came set atop a mid-height heel with smooth patent leather uppers and a riding boot-inspired silhouette.

Earlier in the day on Sunday, the “Keeping Up With the Kardashians” star showed off her sartorial versatility in a more casual combination. The model hit up a few shops in SoHo while opting for a layered sweater vest, white collared top and loose-fitting green trousers. As for footwear, Kendall tapped another newly approved silhouette in the celeb style world: chunky loafers.

You can oftentimes find the reality television personality in a selection of trending shoes. The supermodel’s closet often includes more of an edgy, tomboyish touch, adding in pieces like chunky Prada combat boots and Dr. Marten brogues. Still, the older Jenner sister appreciates a trending sneaker just like her youngest sibling, Kylie Jenner, previously stepping out in a mix of unreleased styles and buzzy pairs from Nike, New Balance, Off-White and more.

Stay on trend like Kendall Jenner in these knee-high boots inspired by her look.

Click through the gallery to find more of Kendall Jenner’s most on-trend looks over the years.