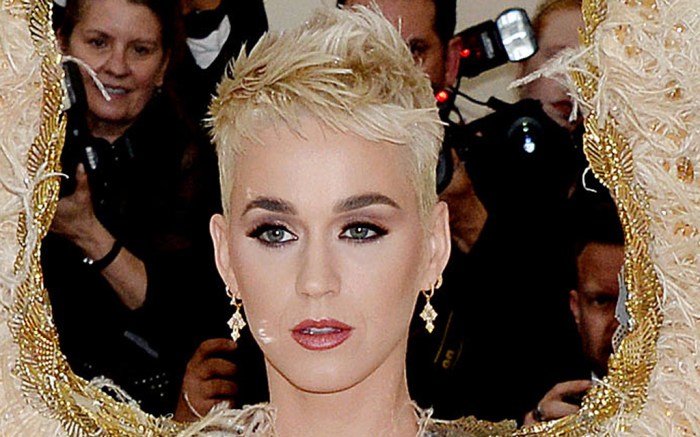 Katy Perry may have just discovered the most 2021 costume to exist for Halloween.

The “Firework” singer, alongside her fiancé Orlando Bloom, decided to go as a doctor and a vaccine for this year’s holiday. For her look, Perry wore a full shot costume complete with her name branded as “Katy & Perry” for a twist on Johnson & Johnson. Her outfit came complete with a face mask and bright blue sneakers while Bloom’s ensemble included scrubs, a white coat and Crocs.

Perry’s choice of costume comes as no surprise — the musician is known for her wild looks and love of dressing up.

On the last season of “American Idol,” for example, she took her style to the next level in the most unexpected way. The “Daisies” musician transformed into Tinkerbell from Disney’s “Peter Pan” in a themed green glittering minidress; Perry even bleached her eyebrows and donned a pair of dramatic fairy wings to get into character on set.

The “Dark Horse” songstress is no stranger to adding a bold piece to her rotation of ensembles. In addition to wearing standout looks and stylish shoes from Balmain, Bottega Veneta and Giuseppe Zanotti, the Grammy-nominated singer also has her own line of footwear. Perry launched her namesake collection in 2016 as a joint venture with Global Brands Group Holding Ltd.

Click through the gallery for more of Katy Perry’s wild style over the years.