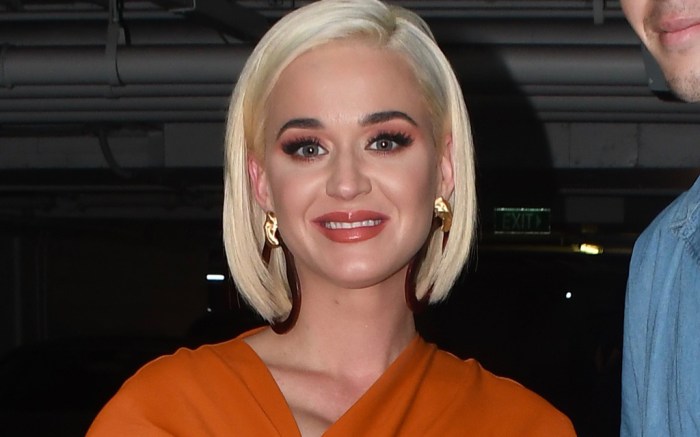 Katy Perry served up major “Little Mermaid” vibes as she appeared alongside a whole slew of stars for Resorts World Las Vegas this week.

Also accompanied by Carrie Underwood, Céline Dion and more, the “Daisies” singer transformed into a mystical mermaid for the promotional video. In a behind-the-scenes look on Instagram today, Perry shared a closer look at her wildly realistic ensemble from costume designer Cris Araujo that teamed a scale-coated corset with a full mermaid tail complete with iridescent coloring.

Céline Dion also appeared in the video, first teasing the new project in an unexpected way on Instagram earlier this week.

Taking to the social media app to surprise fans, the Canadian singer posed atop a life-size casino game in a glam look; the outfit highlighted a burgundy gown complete with a plunging neckline, sheer chiffon sleeves and a gold cinched belt. The same metallic note of her accessories continued into her choice of standout gold pumps, stopping the pinball in bold fashion.

As for Katy Perry herself, the new mom, who welcomed her first child with fiancé Orlando Bloom in August 2020, is no stranger to adding a bold piece to her rotation of ensembles. In addition to wearing standout looks and stylish shoes from Balmain, Bottega Veneta and Giuseppe Zanotti, the Grammy-nominated singer also has her own line of footwear. Perry launched her namesake collection in 2016 as a joint venture with Global Brands Group Holding Ltd.

Click through the gallery to find more of Katy Perry’s chic shoe style over the years.