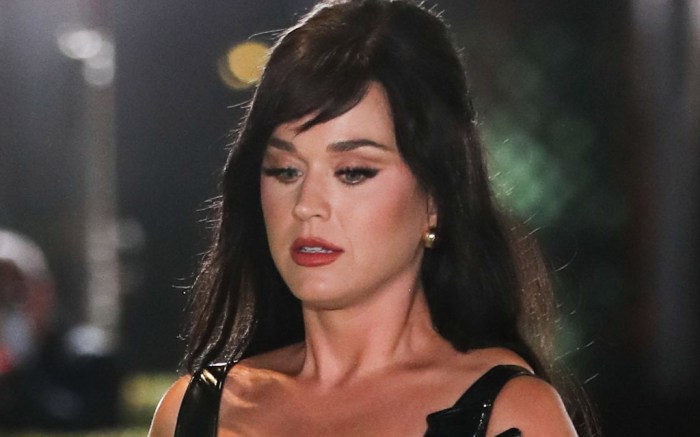 Katy Perry tackled two of this season’s biggest trends as she kicked off year 20 of “American Idol.”

Celebrating the music competition’s major anniversary today, the series’ judge showed off her own bold style for her 139 million Instagram followers. For the occasion, Perry modeled a coordinating orange latex bustier top and high-slit skirt, tapping designer LaQuan Smith for the outfit.

On her feet, Perry herself opted for another major trend for 2021: see-through heels.

As for the “Firework” singer herself, Perry is no stranger to adding a bold piece to her rotation of ensembles. In addition to wearing standout looks and stylish shoes from Balmain, Bottega Veneta and Giuseppe Zanotti, the award-winning musician also has her own line of footwear. Perry launched her namesake collection in 2016 as a joint venture with Global Brands Group Holding Ltd.

Channel Katy Perry in these see-through heels inspired by her look.