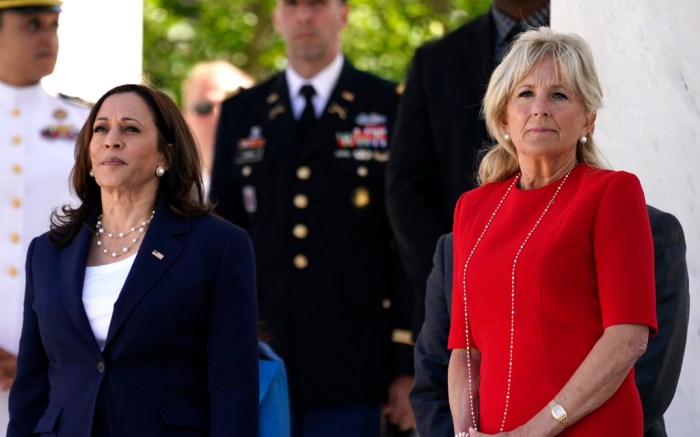 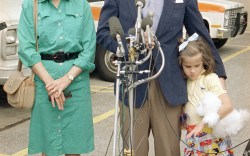 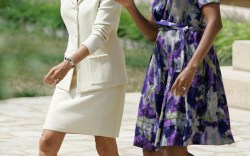 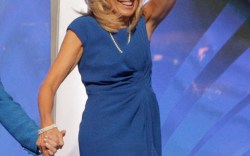 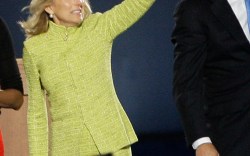 The first and second couples arrived at the Tomb of the Unknown Soldier this afternoon in commemoration of the federal holiday that pays remembrance to military personnel who lost their lives in the performance of military duties.

As President Biden laid a wreath in honor of those lives lost, the first lady and Vice President used their attire to send a patriotic message. Dr. Biden opted for a red midi-length dress for the day which complemented Harris’ navy and white suit, creating the three colors of the American flag when seated next to each other.

Memorial Day holds an especially deeper meaning for the Biden family and the Biden administration. President Biden lost his son Beau to brain cancer on May 30, 2015, at the age of 46; Beau was the president’s eldest of three children from his marriage with his first wife, the late Neilia Hunter Biden.

While his death was not in military duty, Beau Biden served his country when he decided to temporarily give up his seat as Delaware’s attorney general in 2008 to join his Delaware National Guard unit in Iraq; Beau then spent a year in Iraq and received the Bronze Star and the Conspicuous Service Medal for his duty.

“I shouldn’t be talking so much about my son, but I’m not going to apologize for it,” said President Biden during his speech on Friday in honor of military servicemen and women as well as their families. “He’s like a lot of you. You do your duty… it deserves so much more — you deserve so much more.”