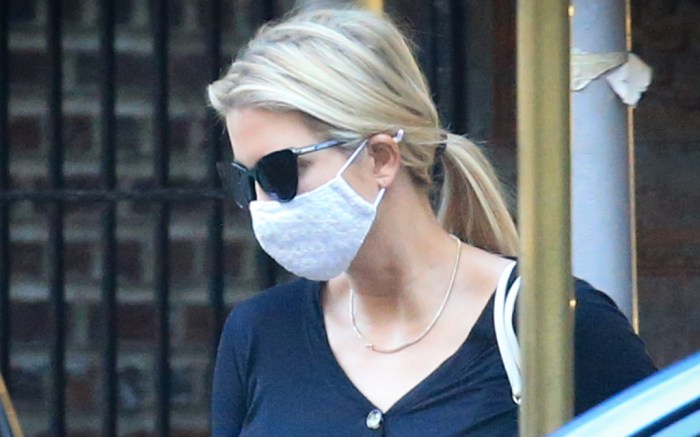 Ivanka Trump made a rare appearance in New York in casual style.

Stepping out last week across the city, the former first daughter ran errands. For the outings, Ivanka opted for a black button-up cardigan tucked into high-waisted flare jeans with a 1970s-inspired outfit.

Along with a white tote bag and textured face mask, the former advisor to the president chose to complete her look with patent black leather boots set atop a block heel. Similar pairs retail for $160.

Joined by her husband Jared Kushner as well as their two sons, Theodore and Joseph, and daughter Arabella, Ivanka and her family had been residing in Miami after departing Washington, D.C., in January; the former footwear, apparel and accessories entrepreneur moved out of the nation’s capital after the tenure of President Donald Trump’s term in office.