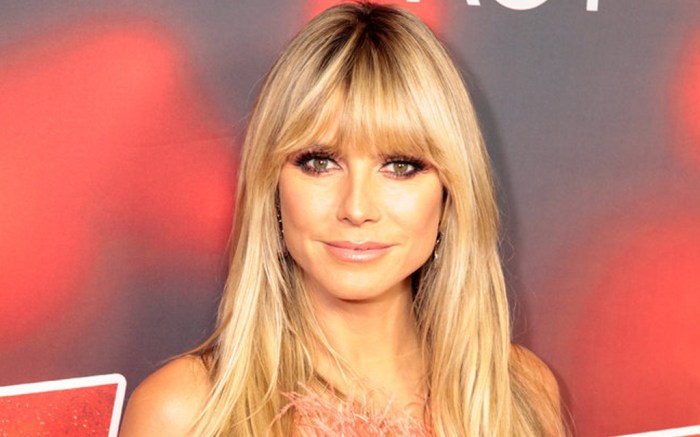 Heidi Klum continued her steak of bold style on the set of “America’s Got Talent.”

The model brought the heat last night in a strapless jumpsuit from Moschino, complete with a ruffled neckline, thick banded belt and wide flare legs. The elongated hem of the pants hid a sleek set of pointed-toe pumps underneath. Set with patent black uppers, the heels measured at least 4 inches in height and also came equipped with a series of silver studs.

On Tuesday night, Klum rought high fashion once more to the live shows of the hit talent competition, “America’s Got Talent.”

The model, who serves as one of the judges for the series, went bold for last night’s episode in a strapless feather-coated dress; the coral number also featured a cinched satin waistband, bearing resemblance to designs from Jenny Packham and Ralph & Russo.

Channel Heidi Klum in these glam pumps inspired by her look.

Click through the gallery for more of Heidi Klum’s best red carpet style over the years.