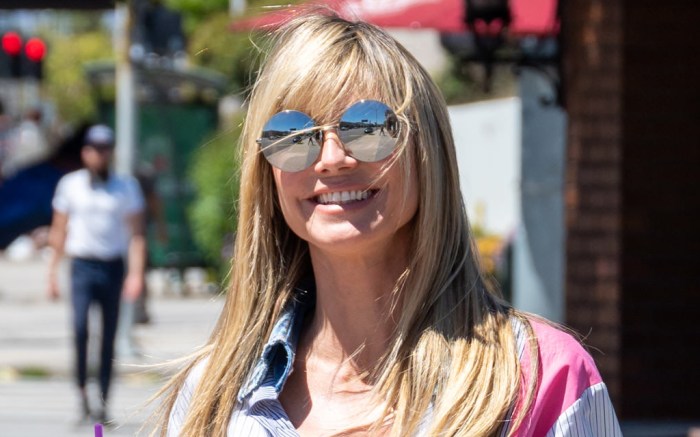 Heidi Klum took her stylish off-duty attire out for a coffee run this week.

Grabbing a cool drink on Wednesday, the “Making the Cut” star stepped out and about in Los Angeles in a unique patchwork dress. The shirt-style design featured a button-up silhouette with a collared finish and a blend of different patterns and fabrics.


Ready for spring, Klum then completed her look in lace-up pink floral combat boots. The chunky style came set atop a 1.5-inch platform outsole and retails for $1,446 at Farfetch.

Combat boots and hiking-inspired styles are the new norm amongst celebrity style trends, experiencing a revitalization along with a few other silhouettes from the 1990s. From brands like Dr. Martens and Prada along with Bottega Veneta, these lug-sole boots offer ease of wear with a grungy-chic appeal. This season, you’ll spot utilitarian boots on the likes of Kylie Jenner, Gwen Stefani, Eva Longoria and more major stars.

Check out the gallery to find more of Heidi Klum’s sleek shoe style over the years.