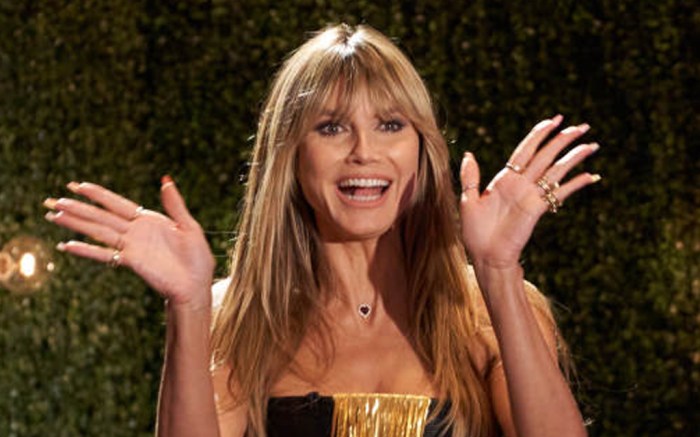 Sitting down with the late-night host on Wednesday, Klum opted for a chic strapless jumpsuit complete with black silk fabric and a unique elongated gold fringe across the front.


As for footwear, the monochrome appeal of the model’s outfit continued with her choice of black sandals. The elevated heels appeared to measure over 4 inches in height and came set with a classic, almond-toe silhouette.

Check out the gallery for even more of Heidi Klum’s glam style over the years.