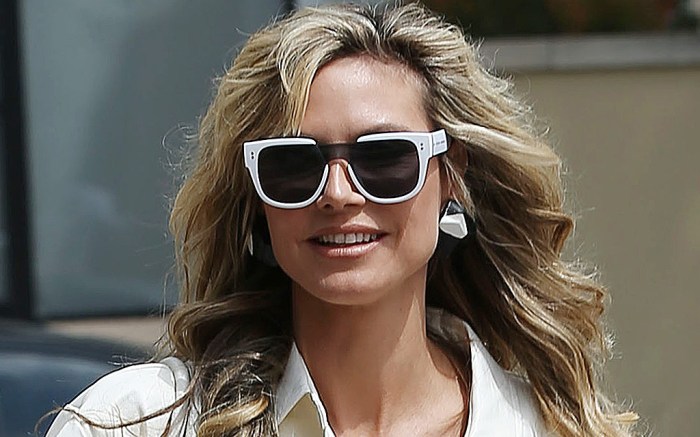 Heidi Klum surfaced one of spring’s biggest styling trends for her latest on-set arrival look at “America’s Got Talent.”

Hitting the studio in bold fashion, the talent series judge glowed in all-white attire from her sunglasses to her chic footwear. The main feature of the outfit came in the form of a loose-fitting boiler suit complete with cargo pockets, a belted waist and a button-up closure.


To elevate the look further, Klum zipped up a set of glowing white boots. The style hit just above the ankle and featured sleek white uppers, all set atop a pointed toe and a cone-shaped heel. A staple in the media personality’s closet, white booties provide an effortlessly chic touch to any ensemble with a brightening effect when compared to darker colorways.


Klum wore the same white boots on Sunday as she arrive once more to film the talent competition. The model joined her costars to film the latest episode in the boldest blazer to kick off her look. The neon green number came layered over a white ribbed bodysuit and straight-leg jeans.

2020 was a major year for Heidi Klum; the media personality completed her bout serving as a judge on her NBC talent series as well as the co-host of Amazon Prime’s series “Making the Cut” alongside her former “Project Runway” co-star Tim Gunn; the competition series profiled up and coming designers with winning styles added to shop live every week to Amazon. She also has served as the host and executive producer of “Germany’s Next Topmodel” since 2006.

Give your outfit a glowing upgrade in white boots inspired by Heidi Klum.

Click through the gallery to find more of Heidi Klum’s chicest looks throughout the years.