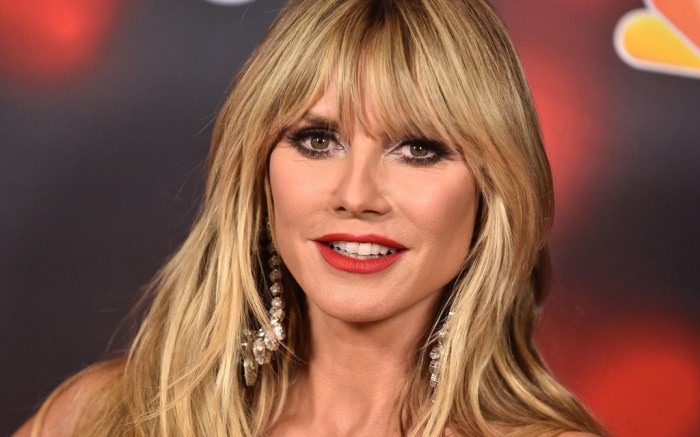 Heidi Klum may be known for a whole list of accomplishments but her wild Halloween costumes have to be fan favorites.

The model, who throws an annual epic Halloween party, teased this year’s theme on her Instagram today with a morbid twist. In the clip, Klum can be seen rising back from the dead in a zombie-inspired costume complete with rotten eyes and teeth but with her signature blonde locks still intact. The ensemble also included a tank top, light-wash jeans and surprisingly chic pointed-toe pumps.

Earlier this month, the television personality teased her upcoming event as she posed atop two tombstones — one for her and one for husband Tom Kaulitz — as she modeled a blood-coated white bridal gown. The graves read, “Heidi Klum Halloween Meant Her Doom,” and “Tom Kaulitz RIP.”

Check out more of Heidi Klum’s chic style at the gallery now.