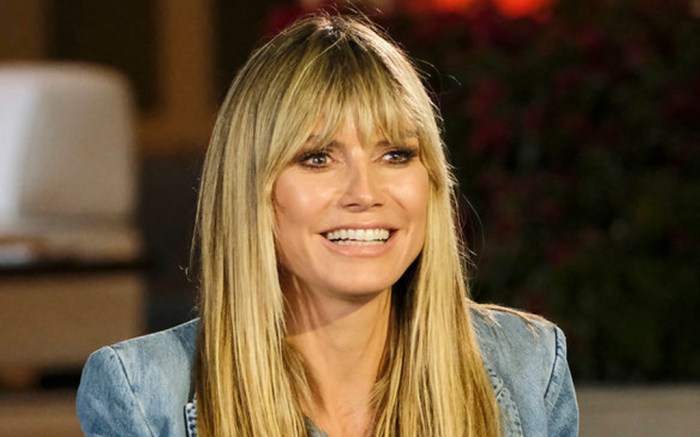 Heidi Klum pulled off one of fashion’s most disputed trends this week on the set of “America’s Got Talent.”

The model joined her fellow judges as they decided who will make it through to the live shows on this week’s episode. For the shot, Klum opted for head-to-toe denim, creating a Canadian tuxedo with her Tom Ford blazer and patchwork wide-leg jeans.


To complete her own take on the all-denim trend, Klum herself continued the choice of fabric when it came to footwear. She opted for pointed-toe pumps with a rounded vamp and stiltto heel; Tom Ford offers a similar pair for $1,190 at Bergdorf Goodman.

2021 has been a major year for Heidi Klum already; she is currently serving as a judge on her NBC talent series as well as the co-host of the second season of her Amazon Prime’s series, “Making the Cut,” alongside her former “Project Runway” co-star Tim Gunn; the competition series profiled up and coming designers with winning styles added to shop live every week to Amazon. Klum herself also has served as the host and executive producer of “Germany’s Next Topmodel” since 2006.

Test out the appeal of denim-on-denim for yourself in these jean heels inspired by Heidi Klum.

Flip through the gallery for a look at Heidi Klum’s glam style over the years.