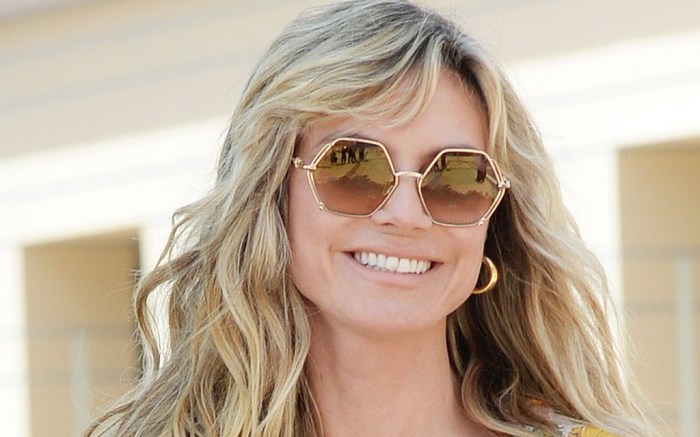 Heidi Klum brought her wild side to the set of “America’s Got Talent” this week.

Teasing the episode last night on Instagram, the model gave her best strut in a bold leopard-print dress; the design featured a long-sleeve fit with a high-leg slit. To elevate the bold number further, Klum then slipped on a set of sheer black tights and slick thigh-high boots.

Klum herself is a major fan of thigh-high boots and broke out a bold pair for the MTV Movie & TV Awards: Unscripted. The model arrived on the red carpet for the second night of events in bold fashion, matching a semi-sheer blazer to a coordinating skirt; both pieces come from Aliétte’s fall ’19 collection and feature unique hand-beaded detailing.

Channel Heidi Klum in these sleek boots inspired by her look.

Click through the gallery to find more of Heidi Klum’s edgy taste throughout the years.