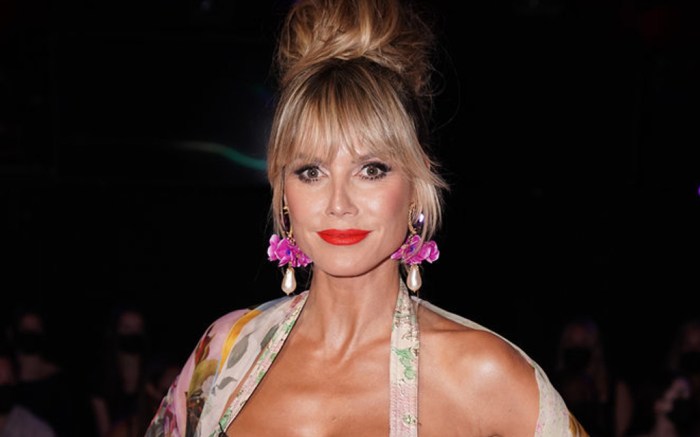 Heidi Klum found a way to incorporate practically every major print into her latest look and she did so with flair.

The model took her seat on the judge’s panel in a full Dolce & Gabbana look for last night’s episode of “America’s Got Talent.” The ensemble featured a perfectly mismatched lace bustier top, a silky floral robe and high-rise pants coated in stripes of florals, cheetah print and baroque patterns.

When it came down to footwear, Klum made sure not to pull any attention away from her attire by instead slipping on a subtle set of black heels. The pointed pumps featured a peep-toe silhouette with a lifted stiletto heel for a glam finishing touch.

Click through the gallery to find Heidi Klum’s best red carpet style over the years.