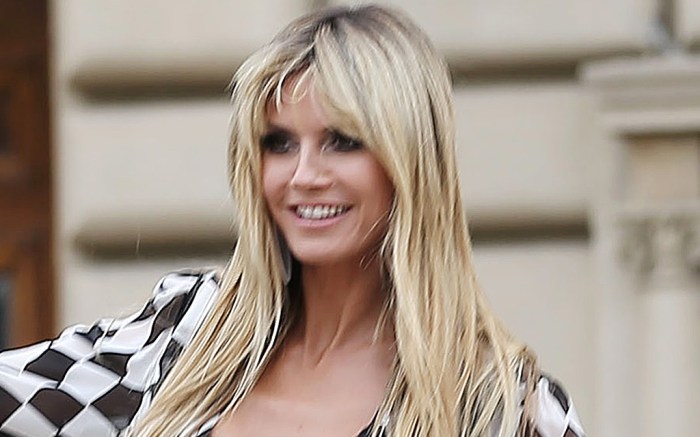 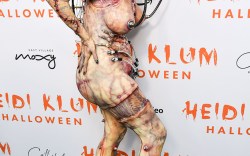 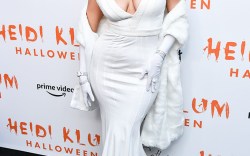 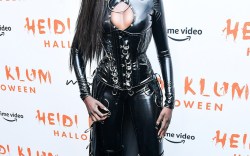 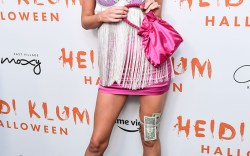 The model channeled the Broadway show-turned-feature film for Halloween this year, breaking out a plunging bodysuit for the occasion. The black lace-up piece featured a furry waistline and a coordinating tail as well as a fuzzy-eared hood. Klum completed her look with fishnet gloves and tights, all tucked into black furry boots. To give the costume a real edge, the media personality also donned a bright red wig and full face paint.

Klum is known for her outrageous costumes and typically throws an annual epic Halloween party.

She in fact went all out before the holiday this year with a morbid twist. In the clip, Klum can be seen rising back from the dead in a zombie-inspired costume complete with rotten eyes and teeth but with her signature blonde locks still intact. The ensemble also included a tank top, light-wash jeans and surprisingly chic pointed-toe pumps.

Click through the gallery for more of Heidi Klum’s wild Halloween style of all time.