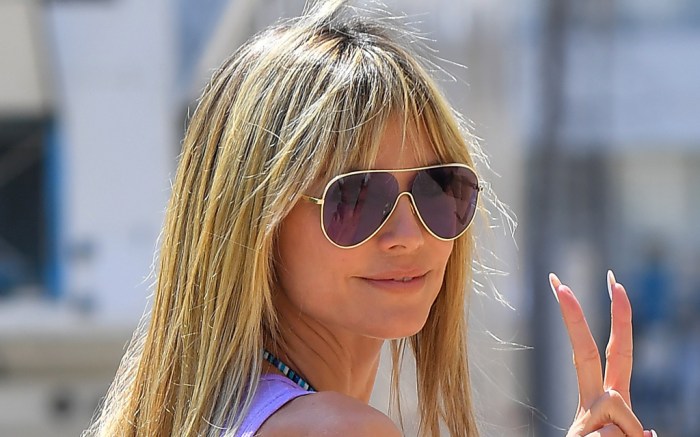 Heidi Klum is reminding everyone that it is important to be your own biggest cheerleader first and we are here for it.

The model took to Instagram to show off her summer style, prepping for a day at the pool in a printed bikini; the two-piece string design featured mixes of blue and white with neon pink accents to tout.

To complete the look, Klum then layered in a subtle touch of elevated glam through her chain anklet.

Anklets became a must-have accessory throughout the 1990s and have since experienced a revival in tandem with a revitalization of major ’90s style trends, including square-toe footwear, mom jeans and platforms. In 2020, anklets served as an easy way to add glitz to an ensemble, even while going barefoot in the comfort of one’s own home. You can find them on stars near and far including Vanessa Hudgens, Saweetie, Kylie Jenner and Rita Ora.

Klum herself is a major fan of the trend and demonstrated how to style the jewelry piece back in September 2020 in a Moschino look.

Channel Heidi Klum in these pieces for the summer.

Click through the gallery for more of Heidi Klum’s confident style over the years.