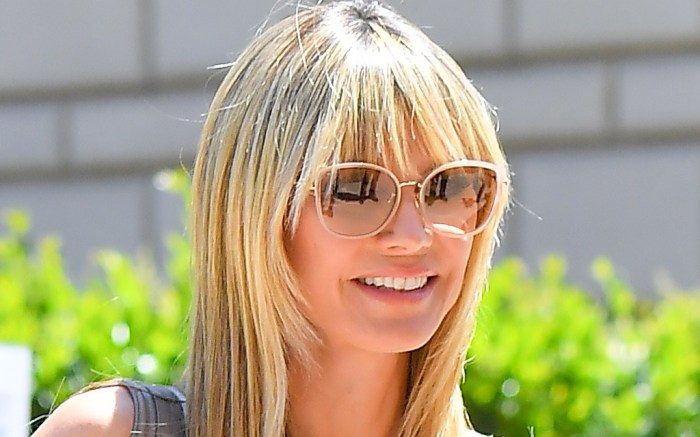 Heidi Klum has made the most of her time at the beach this week in bold fashion.

Yesterday, the model took to Instagram to show off her summer-ready style as she cooled off with an outdoor shower. For the day in the sun, Klum opted for a printed string bikini with a triangle top and bold pops of color.

To add a few final glam touches, the “America’s Got Talent” judge also threw on a subtle old bodychain and a coordinating anklet.

Anklets became a must-have accessory throughout the 1990s and have since experienced a revival in tandem with a revitalization of major ’90s style trends, including square-toe footwear, mom jeans and platforms. In 2020, anklets served as an easy way to add glitz to an ensemble, even while going barefoot in the comfort of one’s own home. You can find them on stars near and far including Vanessa Hudgens, Saweetie, Kylie Jenner and Kelly Rowland.

Heidi Klum herself has been a longtime fan of the trend and even wore a similar look at home earlier this month. The media personality took to Instagram to show off her summer style, prepping for a day at the pool in a printed bikini; the two-piece string design featured mixes of blue and white with neon pink accents to tout.

Channel Heidi Klum in these pieces for the summer.

Check out the gallery for more of Heidi Klum’s wild style over the years.