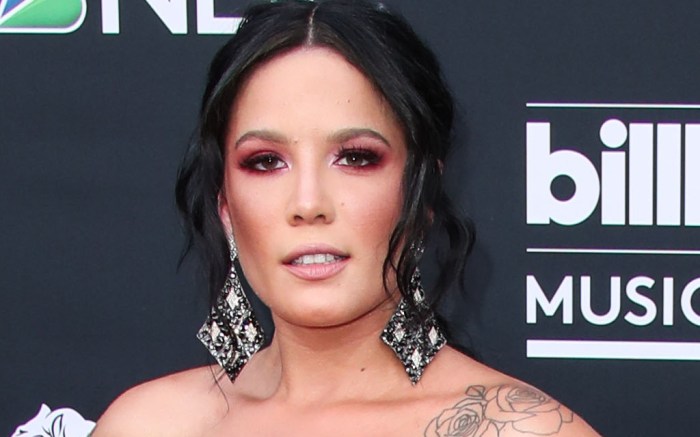 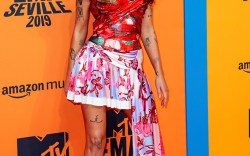 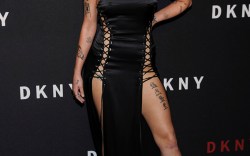 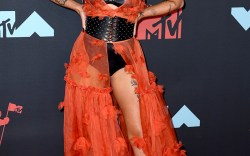 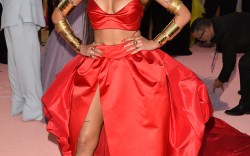 Always known for her bold taste, Halsey’s maternity style is keeping perfectly in line with her usual flair.

The “Without Me” singer showed off the state of her growing baby bump on Instagram yesterday, playing with her furry friend out in a desert setting. Keeping cool, Halsey opted for a boho-chic combination of a striped bandeau and printed patchwork pants. Her outfit also included a 2000s-chic bandana headscarf and classic sneakers.

Halsey, who is expecting her first child with screenwriter Alev Aydin, tapped Converse for her footwear of the day. The Converse Chuck Taylor All Star debuted all the way back in the 1920s and, more than a century later, still remains one of the most popular sneaker silhouettes across the globe. The pair is known for its comfy-casual appeal, lacing up across the foot with smooth uppers and striped midsole.

The “Bad at Love” musician’s own pair came in a low-top silhouette with cherry red canvas uppers, available on Converse’s website for $55.

When it comes to Halsey, the “Eastside” singer is known for straying from the norm when it comes to her personal fashion repertoire, often opting for the bold. During quarantine, the singer entertained fans with a streak of chic bikinis and also cosplay-style ensembles.

Beyond standout styles on red carpets, stages and social media, Halsey dipped her toes into the beauty world when she signed on as YSL Beauté ambassador in 2018. The 26-year-old musician also starred in DKNY’s fall ’19 and spring ’20 campaigns.

Click through the gallery to find more of Halsey’s statement style over the years.