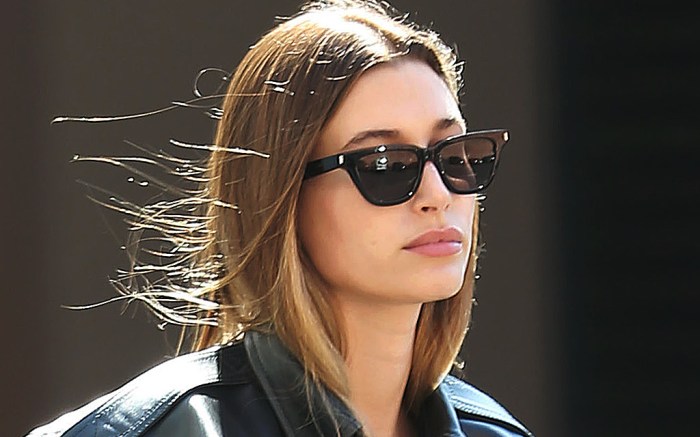 Hailey Baldwin gave her take on one of footwear’s most disputed trends this week.

Stepping out and about in Los Angeles on Tuesday, the media personality ran errands in laid-back attire. Her ensemble layered a black crop top and coordinating leggings under an oversize leather jacket with cat-eye sunglasses to match.


When it came to footwear, Baldwin gave her take on “ugly” sandals in a puffed slide with white crew socks underneath.

Footwear fans go back and forth on their thoughts on socks and sandals. While the combination is considered disharmonizing by some, others prefer the layering as it allows you to wear your favorite open-toe designs year-round. Brands like Fendi, Anna Sui, Simone Rocha and more included socks and sandals together in their recent runway shows — and you can even find Justin Bieber, Halle Berry, Ariana Grande and Kanye West rocking their own takes on the disputed footwear combo.

As for Hailey, her own choice of sandals bears resemblance to Gia Borghini‘s velcro slides that retail for $448.


Baldwin’s own experience in the fashion industry extends to all sides. The media personality worked with Levi’s for its summer ’20 campaign alongside Jaden Smith and most recently joined the denim brand for its annual 501 Day event. She has also appeared in campaigns for brands such as Guess, Zadig & Voltaire, Ralph Lauren and Tommy Hilfiger. What’s more, in 2016, the A-lister joined forces with Ugg, starring in the label’s Classic Street Collection campaign for fall ’16.

Try out puffy sandals for yourself in these pairs inspired by Hailey Baldwin.

Click through the gallery for more of Hailey Baldwin’s chic footwear style over the years.