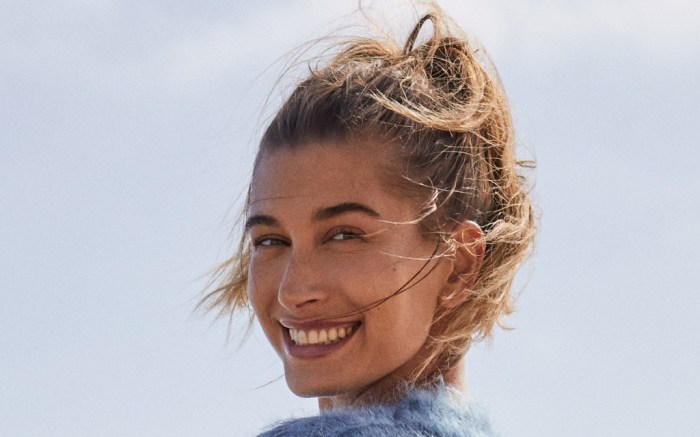 Fall is well on its way into town and Hailey Baldwin is staying ahead of the curve with a little help from Superga.

The model and brand ambassador stars as the face of Superga’s fall ’21 campaign which debuted this week. For the photoshoot, Baldwin donned a mix of footwear silhouettes from the label along with cozy apparel — think fuzzy sweaters, sleek blazers and tailored shorts. Fans can now shop the styles at Superga-USA.com.

In one starring look, the media personality broke out a striped cardigan to balance out her polka dot bikini with an unconventional but on-trend set of boots. The lug-sole 799 silhouette also includes a branded strip across the heel counter and a retail price of $109.


“When I think of timeless style I think of something that transcends different generations,” said Baldwin in a press release. “Superga is a brand that has withstood the test of time. The classic styles and sustainability of the brand make it a closet staple.”

The campaign took place outside of the Tennis and Riding Club in Malibu, Calif., pulled together by an all-female team. The images was taken by former painter, illustrator and animal rights activist, Zoey Grossman.

Other footwear silhouettes featured in the shoot included the $89 Tank White sneakers, the $109 Alpina Ripstop high-tops and the $69 classic OG Beige low-tops.


Baldwin’s own experience in the fashion industry extends to all sides. The media personality worked with Levi’s for its summer ’20 campaign alongside Jaden Smith and most recently joined the denim brand for its annual 501 Day event. She has also appeared in campaigns for brands such as Guess, Zadig & Voltaire, Ralph Lauren and Tommy Hilfiger. What’s more, in 2016, the A-lister joined forces with Ugg, starring in the label’s Classic Street Collection campaign for fall ’16.

The model’s shoe closet also includes an eclectic mix beyond her ambassadorships. On top of her go-to Nike Air Force 1 sneakers, she has been spotted wearing sneakers from Chanel, Off-White, and Nike x Fear of God collabs, as well as heels from Tabitha Simmons and Jimmy Choo.

Channel Hailey Baldwin in these Superga kicks just in time for fall.

Click through the gallery for more of Hailey Baldwin’s sneaker style over the years.