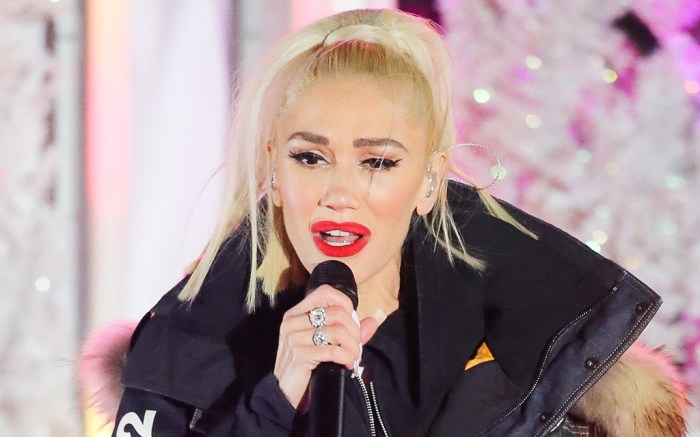 Gwen Stefani is back and better than ever.

The “Hollaback Girl” singer returned to the stage in Las Vegas this weekend for her new residency, performing in a twist on a classic trend from the early 2000s. Stefani performed in a bandeau leather bralette matched to a pleated checkered skirt which she styled over printed leggings.

Layering a mini skirt or denim skort over tights and leggings was all the rage a few decades back, favorited by Paris Hilton, Mischa Barton, Christina Milan and more style stars from the early aughts.

To add to the pink-chic style, Stefani herself opted for glittering black combat boots set atop a platform base.

Combat boots and lug-sole styles, are the new norm amongst celebrity style trends, experiencing a revitalization along with a few other silhouettes from the 1990s. From brands like Dr. Martens and Prada along with Bottega Veneta, these bold boots offer ease of wear with an edgy-chic appeal. You’ll find the designs on top fashion figures including Kourtney Kardashian, Ciara, Miley Cyrus, Lil Nas X and more.

The “Sweet Escape” artist herself has been a longtime fan of combat boots for her on-stage looks, wearing them for decades throughout her most famous performances.

Channel Gwen Stefani in these glittering combat boots inspired by her look.

Find more of Gwen Stefani’s edgy style at the gallery.