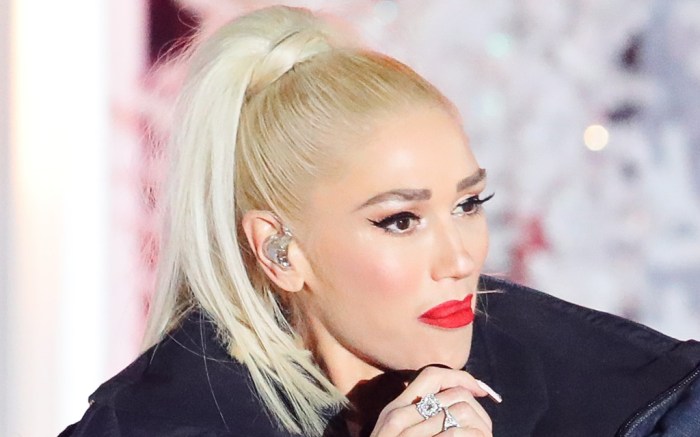 The “Hollaback Girl” musician joined her husband Blake Shelton on tour last night, taking the stage in Ohio. For the show, Stefani channeled her edgier roots in a white crop top layered with an orange bralette and cutoff black shorts. The singer’s ensemble also included her go-to fishnet tights and a sequined twist on a classic flannel shirt, giving it a glam upgrade.

When it came down to footwear, Stefani’s outfit reached a whole new level in the boldest pair of boots. The neon orange shoes featured parachute-like uppers with a purple drawstring closure and lifted stiletto heel. The boots tap into this season’s ritual favoritism of brighter shades and neon colors as the weather warms up. You can find bright shades of orange on the likes of Regina King, Jennifer Lopez, Kylie Jenner, Kate Hudson and more in the past few weeks alone

Check out even more of Gwen Stefani’s edgy style at the gallery now.