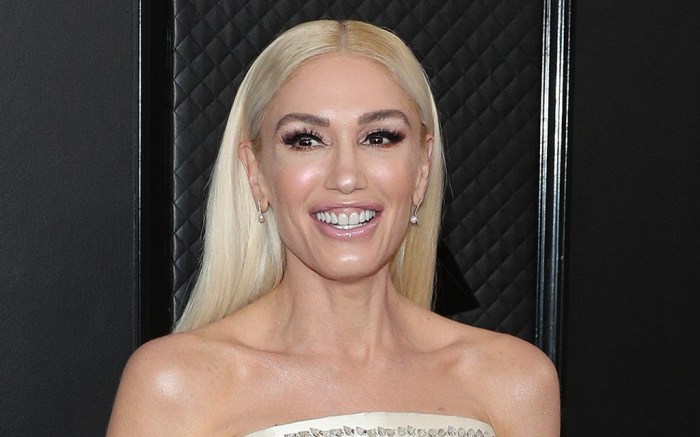 Gwen Stefani transformed into a rhinestone cowboy version of a “guardian angel” this week for her newest music video.

Sharing more behind-the-scenes moments from her second “Slow Clap” production, the singer took to Instagram in a fringe-coated look courtesy of costume designer Marco Marco and Dolce & Gabbana. The look layered a western-style top with coordinating pants, both coated in shimmering fringe with a matching sequin bralette underneath.

As if her outfit wasn’t bold enough already, the media personality then slipped a set of wow-worthy boots.

Coming from Saint Laurent, the rhinestone-coated design features oh-so-glittery uppers that sparkle and shine every time they catch the light. The silver-tone leather and crystal boots come set atop a signature 4.3-inch cone heel as well as a sharply pointed toe with a slouchy shaft. A favorite of Kendall Jenner, Rihanna, Cardi B and more major stars, these incomparable bots also come with a $10,000 price tag at Farfetch.com.

Last week, the “Let Me Reintroduce Myself” musician herself released the second music video for her song “Slow Clap” exclusively on Facebook, taking her talents back to the classroom in bold fashion. Her ensemble included a three-dimensional, flower-coated bandeau matched to denim cutoff shorts and her favorite fishnet tights.

Stefani then layered in a silky brown oversize bomber jacket and the wildest fringed boots to match, hitting just below the knee. The boots worn by the singer in her new video bear a strong resemblance to her go-to DSquared2 pair that she modeled when first promoting her single. The boots also include a towering 5-inch heel and retail for $1,675 on Farfetch.

When it comes to her looks both on and off the stage, Stefani’s style can be described as punk rock-chic, always including a twist of glam. Whether she’s in Sophia Webster butterfly sandals or Crocs camouflage clogs, the “Hollaback Girl” singer knows how to pull off an unexpected style. Her go-to brands include Gucci, Paris Texas, Vans and more when it comes to footwear.

She also introduced her own line of apparel L.A.M.B. in 2003 and has partnered with L’Oreal, Revlon and Tura GX for campaigns and collaborative collections. Stefani’s career has also extended into the television world with a role judging new musical talent on “The Voice” once more this season alongside her new fiancé Blake Shelton as well as Kelly Clarkson and John Legend.

Check out the gallery to find more of Gwen Stefani’s best street style looks over the years.