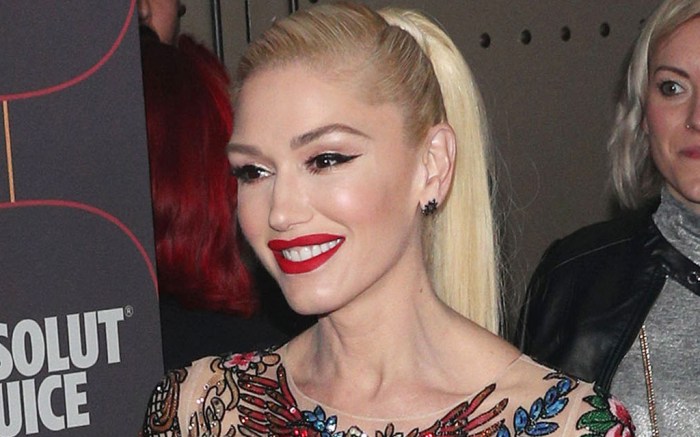 Gwen Stefani took the stages of Las Vegas by storm on Sunday night in bold attire.

The “Hella Good” singer shared a behind-the-scenes look at her Sin City residency show last night, taking to Instagram in a glittering bustier-style bodysuit. The look tapped into this season’s newfound appreciation for corseted silhouettes and bustier designs; the silhouettes have been spotted on everyone from Kourtney and Kim Kardashian to Beyoncé and Megan Fox in the past few weeks alone.

As for footwear, Stefani herself opted for her favorite style of boots — thigh-high — with a black pair coated in endless gold buckles.

Earlier this month, the “Hollaback Girl” singer returned to the stage for her new residency in a twist on a classic trend from the early 2000s. Stefani performed in a bandeau leather bralette matched to a pleated checkered skirt which she styled over printed leggings.

Layering a mini skirt or denim skort over tights and leggings was all the rage a few decades back, favorited by Paris Hilton, Mischa Barton, Christina Milan and more style stars from the early aughts.

To add to the pink-chic style, Stefani herself opted for glittering black combat boots set atop a platform base.

Flip through the gallery for more of Gwen Stefani’s street style over the years.