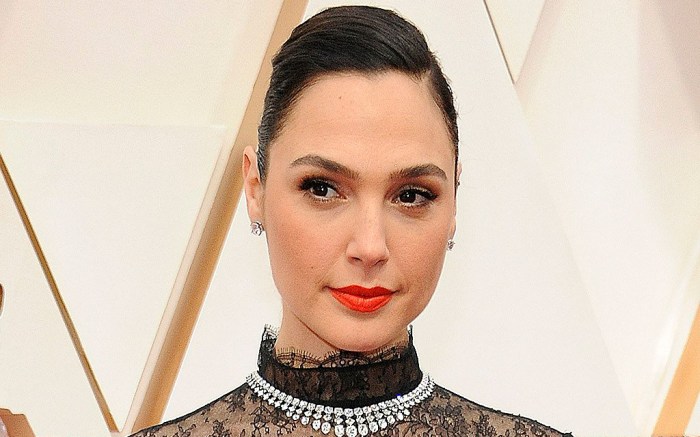 Gal Gadot redefined pajamas and slippers this week as she made a virtual appearance at the Producers Guild of America Awards on Wednesday.

The “Wonder Woman” actress, as styled by Elizabeth Stewart, tapped Miu Miu for the occasion, modeling a twist on an at-home robe; the minidress came complete with satin lapels, gem-encrusted cuffs and a feathery finish. Similar silhouettes from the Miuccia Prada-headed brand retail for around $3,000 at Farfetch.

For a twist on slippers, Gadot tapped Miu Miu once more in a set of sleek satin “ugly” sandals. Typically considered “ugly” in the world of fashion, the new appreciation for comfortable sandal styles comes with an increased desire for ease of wear and stability in the fashion world amidst the current environment — and for 2021, too, it appears the shoes are here to stay. Brands like Teva and Birkenstock are at the forefront of the trend while celebs including Britney Spears, Tracee Ellis Ross and Sofia Richie can oftentimes be spotted in the silhouettes.

Gadot’s own pair features sleek uppers with a double-strap form and a rubber outsole. The kicker of the design comes in the form of an unmissable oversize crystal embellishment, all retailing together for $650 on Farfetch.

The Israeli actress, who is currently expecting her third child with husband Yaron Varsano, has been mastering the 2021 version of awards season with flair. For the Critics’ Choice Awards, for example, she decided on a voluminous look for her Prabal Gurung outfit, tucking a structured white top into pleated black suit pants. Her outfit also included Tiffany & Co jewels and a bold red lip to match her sleek updo.

When it comes to her own personal style, Gadot’s look for the event is a typical choice for the “Red Notice” actress. Her go-to brands for dressed-up attire include Saint Laurent, Stuart Weitzman and Sergio Rossi while she tends to switch it up for more casual footwear — think Reebok and Common Projects sneakers.

Tap into the “ugly” sandal trend like Gal Gadot in these next pairs.

Click through the gallery to find even more of Gal Gadot’s top red carpet looks over the years.