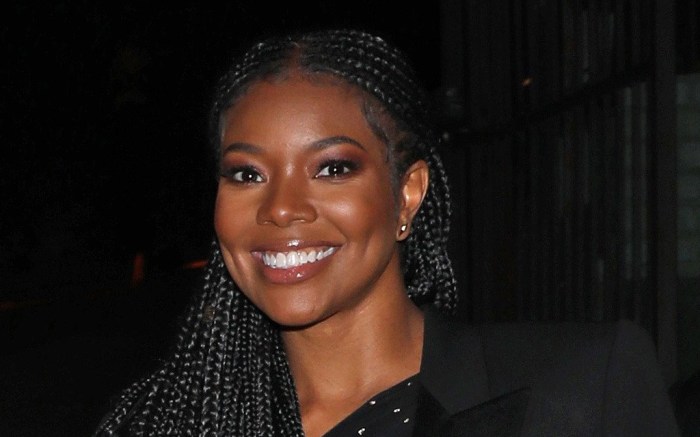 Gabrielle Union is prepping for her birthday in style this week.

The “Bring It On” actress, who turns 49 years old tomorrow, kicked off her birthday celebrations with a beach trip with her husband Dwyane Wade. Debuting her warm weather-style on Instagram, Union shared two bold looks both on and off the shore. The first included a chic peek-a-boo cutout dress and a floppy hat matched to square-toe mules.

Amongst a revitalization of 1990s and early 2000s silhouettes, cutout designs as well are making a triumphant return to the celebrity style scene this season from Cult Gaia’s beloved twisted dress to Monôt’s peek-a-boo designs. Stars like Saweetie, Kim Kardashian, Katie Holmes and more are major fans of the trend for fall.

The second look was made for the water as the actress broke out a classic black string bikini alongside her former NBA beau. Wade also looked beachy in a printed ball cap and coordinating bathing suit shorts.

Union herself has had a lengthy partnership with New York & Co. that has led to successful collections, including a size-inclusive capsule for the holidays in December 2019. The media personality also serves as a brand ambassador for SensatioNail and served as a spokesperson for years for Neutrogena.

Want more? Click through the gallery to discover more of Gabrielle Union’s chic street style evolution over the years.