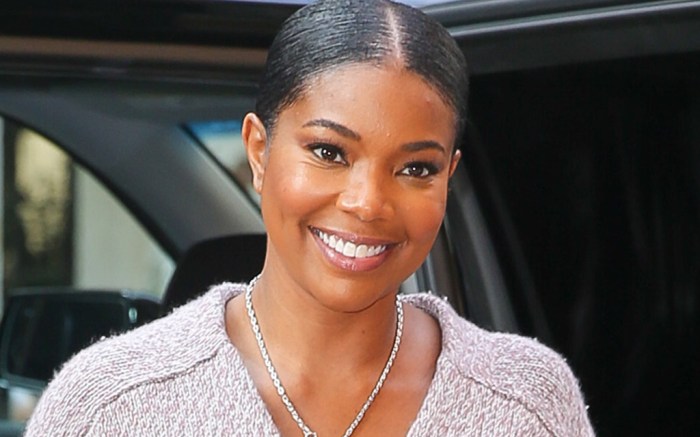 Gabrielle Union is already staying on top of fall trends in the most effortlessly cool way.

The “Bring It On” actress, fresh from the Met Gala steps, arrived on set for a taping of “The View” in New York on Tuesday. For the outing, Union stayed cozy in a chunky knit cardigan with a tie-dyed hem; she then layered the piece over menswear-inspired brown pleated trousers and a drop-chain necklace.

Retro-chic cardigans are experiencing a moment on the fashion scene amidst revitalizations of the late 1990s and early 2000s trends such as combat boots and low-rise bottoms.

Another trend experiencing a moment is big-toe sandals, as exemplified by Union on Tuesday. The media personality’s pair, in particular, included tan uppers with a contrasting black outsole, all balanced atop a square toe and lifted heel.

Big-toe silhouettes became a celebrity-endorsed style in the summer of 2019 and have since continued to appear on the likes of Katy Perry, Lori Harvey and Katie Holmes amongst others. The style offers a laid-back appeal with the stability and familiarity of the 1990s, a common theme amongst “it” girl trends this season.

Incorporate the big-toe sandal trend into your fall wardrobe in these picks inspired by Gabrielle Union.

Check out the gallery for more of Gabrielle Union’s chic street style over the years.