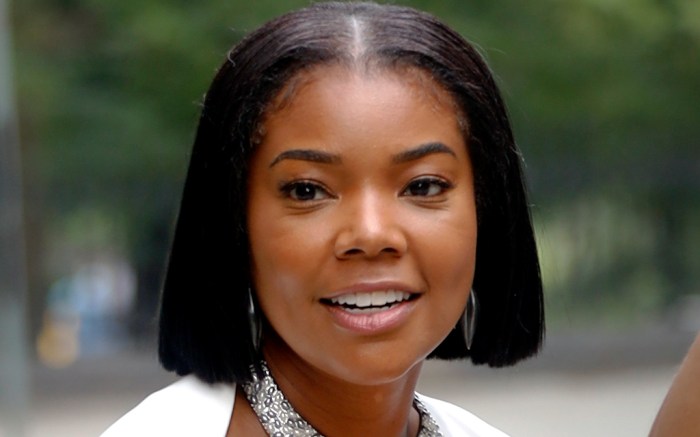 Gabrielle Union’s excursions around the South of France have all of us experiencing major wanderlust this week.

Yesterday, the “Being Mary Jane” star joined her husband Dwyane Wade in Saint-Jean-Cap-Ferrat, France, for a beachy outing. Union herself went glam in a neon blue bikini from Monday Swimwear layered under a peek-a-boo cutout dress courtesy of resort label Kadimah.

Amongst a revitalization of 1990s and early 2000s silhouettes, cutout designs as well are making a triumphant return to the celebrity style scene this season from Cult Gaia’s own beloved twisted dress to Monôt’s peek-a-boo designs. Stars like Saweetie, Kim Kardashian, Katie Holmes and more are major fans of the trend for summer.

On her feet, the actress rounded out her look with the perfect waterside sandal courtesy of Maison Valentino. The V-logo design comes with smooth uppers and a gold buckle, all set atop a flat leather outsole; similar colorways retail for $675 at Nordstrom.

Earlier in her trip, Union showed off another cool side to her style in a twist on elevated pajamas. Joining Wade for an evening in Corsica, France, the “Bring It On” alumna modeled a silky polka dot set and classic white leather sneakers.

Check out the gallery for even more of Gabrielle Union’s chic street style over the years.