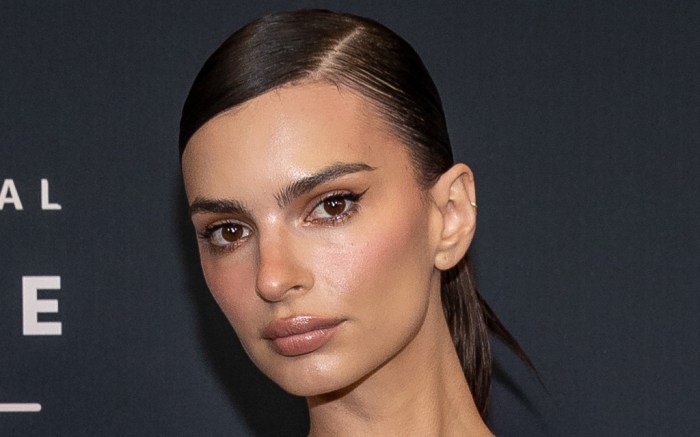 Premiering on Friday, the model walked the red carpet in a silky slip dress coated in a mix of floral detailing and fringed edges for a retro-chic appeal.

Slip dresses, like low-rise jeans and bandana tops, are making their triumphant return from the late 1990s and early aughts; the effortlessly chic silhouette is favorited this year already by Megan Thee Stallion, Kendall Jenner and more top stars.

As for footwear, EmRata appeared to tap Femme LA for her sandals of the evening. The pale blue pair comes equipped with a thin securing strap across a pointed toe as well as a lace-up wrap hold around the ankle. Femme is a vegan label making waves for its buzzy heels, favored by the likes of Ashley Graham, Jennifer Lopez and Megan Fox amongst other huge names.

Similar designs to Ratajkowski’s pick retail for just $180 at Femme.LA.