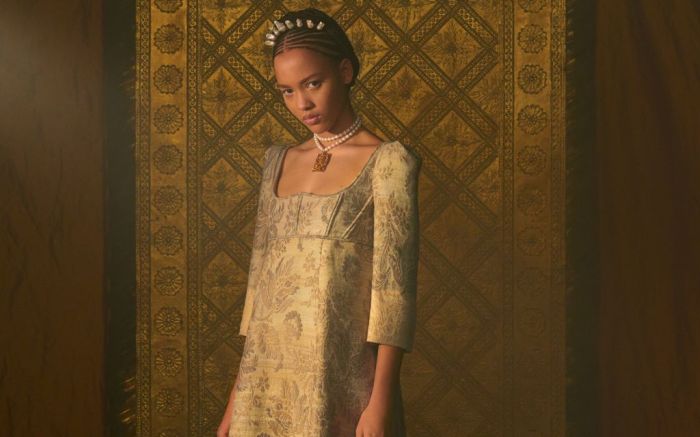 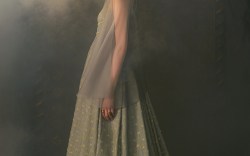 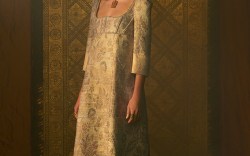 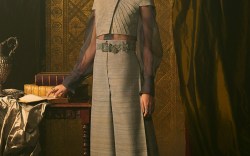 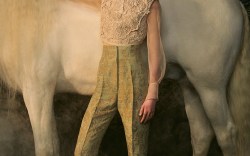 At first glance, Christian Dior’s new haute couture collection for the spring ’21 season seems aptly placed in the age of “Bridgerton,” Netflix’s wildly popular British Regency-era romance drama series, whose feast-for-the-eyes fashion will make a return in a second season that was announced earlier this month.

But “Bridgerton” fashion, Christian Dior is not. Perhaps it’s the opposite, as the French luxury brand has long been producing ornate, fantastical gowns — especially in the era of its current creative director Maria Grazia Chiuri. Her attention to embellishment (paired with an underlying suggest of feminine feminism) would no doubt make her the ultimate “modiste” in the fictional world, and an inspiration to costume designer Ellen Mirojnick, who looked to both past and present to create the show’s wardrobe.

For the brand’s spring ’21 haute couture season, Chiuri instead looked to tarot cards, clairvoyance and a type of magical realism to bring the collection to life. As it turns out, Christian Dior himself was obsessed with the stuff. “It will be extraordinary. Your house will revolutionize fashion!” he recalled in his 1956 autobiography of a prophecy told to him when he was younger.

Chiuri turned to the Visconti-Sforza deck of tarot cards, which were first created in the 15th century. Hence, the overall aesthetic is Medieval — not Georgian, or “Bridgerton” — though it’s also a reminder that fashion was cyclical even in past centuries. The creative director tapped filmmaker Matteo Garrone to direct a film, “Le Château du Tarot”  to showcase the collection alongside the narrative of a young women finding her chosen tarot to be the High Priestess, then making her way through the characters of the deck in a dream sequence.

The clothing is Medieval, in gowns and capes, sleeves and crowns. Chiuri turned to Italian artist Pietro Ruffo to recreate the tarot deck in his illustrations as well as bas-reliefs done on the bodices of some of the dresses. She also included plenty of masculine-inspired looks, which had a slight matador-meets-’40s-suiting effect.

The footwear is equally ornate, a series of flat knee boots (a silhouette favored by Chiuri for the past handful of seasons), done in laser cut leather to create a caged effect, in both black and gold. The boots are punctuated by smooth square closed toes.

Tarot cards and Medieval heroines aside, the effect of the collection’s cinematography — along with the loose aesthetic association with period shows like “Bridgerton” — highlights the opportunities that fashion may have in the future of film. A Chiuri-designed wardrobe for the second season of “Bridgerton”? We’d love to see it.