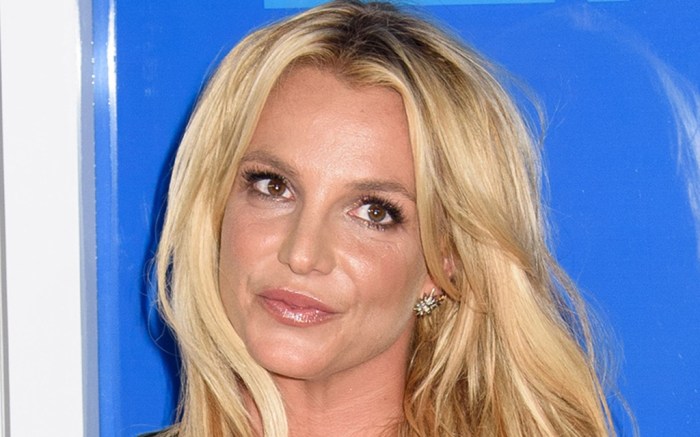 Britney Spears made a convincing case for tennis shoes this week.

The “Toxic” musician shared her latest dance video on Instagram last night, showing off her impressive moves in a white ruffled sports bra and low-rise black athletic shorts. Whereas previously Spears chose to match her dance attire to heels or to just go barefoot, yesterday’s clip included the addition of her favorite sneakers: Hoka One One.

Co-founded by Nicolas Mermoud and Jean-Luc Diard in 2009, Hoka One One has become a go-to sneaker brand among stars for workout-ready footwear. Reese Witherspoon, Pippa Middleton, Emily Ratajkowksi and even Kanye West have been spotted in styles from the athletic brand. Known for its recognizable oversize soles and state-of-the-art carbon-plate technology, the brand has shown exponential growth since its acquisition in 2013 by Deckers Brands (also the parent company of Ugg, Sanuk and Teva).

Hough’s particular silhouette, the new Bondi 7 iteration, retails for $150 and can currently be found at Zappos.com.

“When I woke up yesterday and remembered I had none I pulled a Carrie Bradshaw and ordered a bunch of new shoes online !!!!,” wrote Spears in her caption. “My assistants HUMBLING APPROACH why don’t you just see what you can find in your closet DID NOT WORK ANYMORE … I chose to BLOW and guess what … my feet are soaring these days … I’m not gonna stop buying tennis shoes and heels ever.”

The idea of buying new tennis shoes then became more than just a shopping experience for the “Lucky” singer. In her caption, Spears applied the idea of not settling for the shoes she already had as a grander life lesson, alluding to her current battle against her conservatorship under father James “Jamie” Spears. The singer discussed the potential of keeping her dreams alive with new hope and even the excitement of just being able to drive alone, something she was not able to do under the terms of her conservatorship.

Earlier this month, at a hearing surrounding the legal battle, a judge ruled that Britney Spears could appoint her a lawyer of her own choosing instead of the court-appointed lawyer who had represented her since 2008. This small win for the musician allows her to have a say in her own representation as she moves forward on her path towards individual freedom.