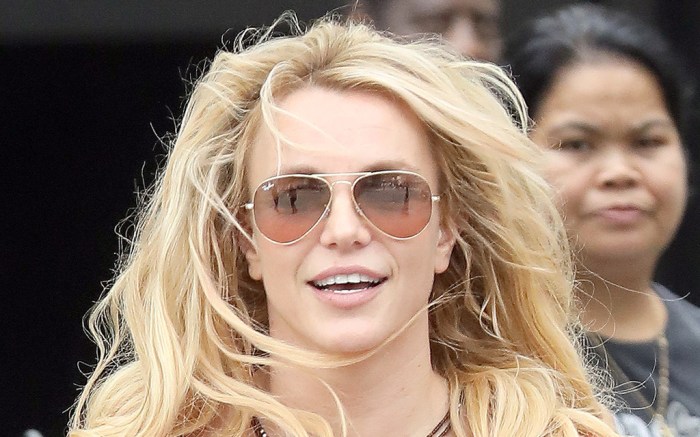 Britney Spears channeled her bold pop star style of decades past with a new look on Instagram last night.

The “Womanizer” musician took to social media yesterday to show off an edgy ensemble, layering a furry black jacket over a neon yellow bodysuit; the bright leotard included a plunging neckline and a crisscross hold over the torso.

The finishing touch for Spears’ outfit came in the form of knee-high white boots that resembled go-go boots of the 1960s. Knee-high and thigh-high boots, too, are the must-have boot silhouettes this season. From leather twists on the trend to edgy lace-up styles, you can find the taller shoes on everyone from Ciara to Lily Collins and Gwen Stefani amongst other major names. In colder temperatures, the silhouettes offer coverage to counter skirts, dresses and shorts as well as provides an extra layer to any leggings or jeans look.

Just last month, the “Lucky” singer brought back one of her most iconic looks.

After rediscovering the catsuit trend this year, Spears modeled yet another full-length, long-sleeved number; the design featured a fitted silhouette and a zip-up closure with a metallic green coating. The long-sleeve catsuit is a shape that Spears herself used to frequent in the early to mid-2000s and 2010s — think her similar iconic red one-piece from her “Oops!… I Did It Again” music video in 2000.

To round out her already bold look this time around, Spears slipped on a set of strappy black platform sandals for one final boost of edge.

Beyond her personal style repertoire, the “Toxic” musician collaborated with a mix of brands throughout her career, including creating a co-branded collection with Candies in 2010; she also previously appeared in the Kenzo La Collection Momento N°2 campaign in 2018.

Click through the gallery for more of Britney Spears’ best looks of decades past.