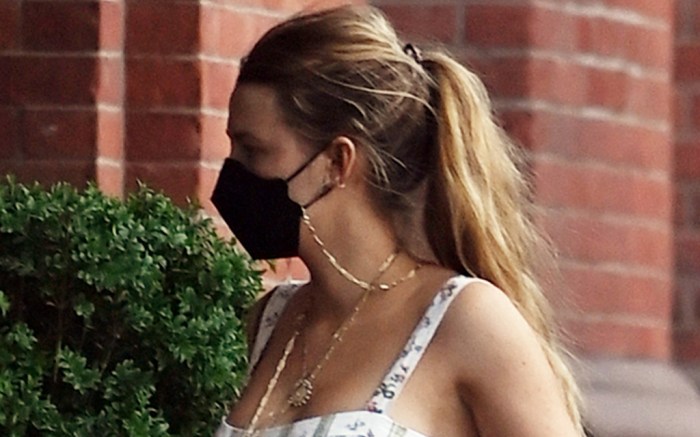 Blake Lively is one of the few people who could bring back this beloved 2000s trend with ease.

The “Gossip Girl” alumna joined her husband, fellow actor Ryan Reynolds, for a chic date night in the city on Wednesday. Spotted arriving back home, the duo showed off their own taste and style — Lively opted for a bustier-style floral Reformation dress while Reynolds kept cool in a lightweight collared shirt and tapered chinos.


When it came down to footwear, it was Lively who then stole the show. The “A Simple Favor” actress broke out an oftentimes forgotten footwear trend from decades past: jelly sandals. Made from see-through, jelly-like uppers, the shoes are making their way back onto the footwear scene from the late 1990s and early 2000s.

Lively’s pair, in particular, featured a classic strappy, closed-toe silhouette with a buckled finish. The sandals bear resemblance to a design from Rombaut x Melissa that retails for $122 at Farfetch.

Trends from the ’90s and early aughts — think low-rise skirts and babydoll tops — are making a comeback in general amongst celeb style. The revitalization of throwback trends follows along with a growing desire for the familiar and comfortable that arose during the tribulations of 2020 and continued into 2021.


As for Lively, the “Shallows” star oftentimes favors heels from Christian Louboutin when she isn’t in casual duds. Fans of Blake Lively’s style know that red bottom heels are no new thing in her closet. The actress continues to support the French designer as she has for over a decade now, wearing his pieces for everything from movie premieres to off-duty outings to even the 2018 Met Gala.

“There was so much effort, especially that year, and it was linked to something that I like,” Louboutin himself explained to FN when reflecting on the event in 2018. “It was a vision of a very baroque idea of religion… really extravagant in a religious way, which you barely see in reality. It was something out of an incredible movie.”

Help Blake Lively bring back the jelly sandals trend in these retro-chic pairs.

Click through the gallery for more of Blake Lively’s bold style over the years.