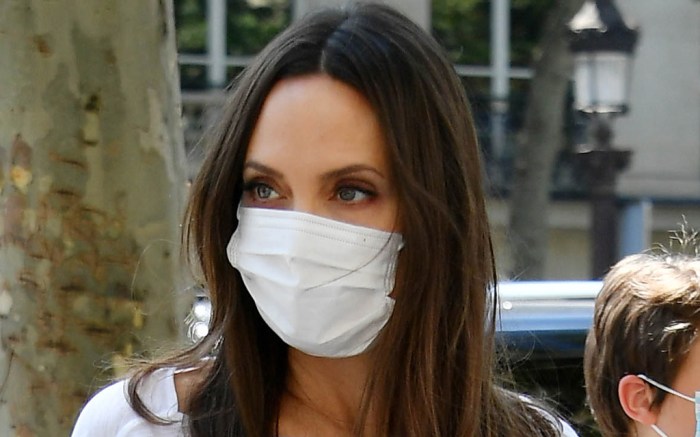 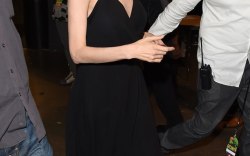 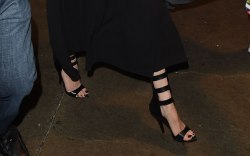 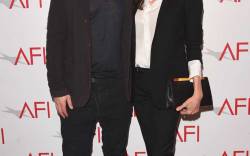 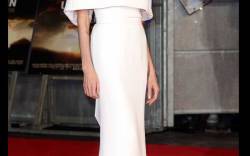 Angelina Jolie proved once and for all why she is the ultimate cool mom during an outing in Paris today.

The “Mr & Mrs. Smith” actress shopped on the Champs Elysées this afternoon alongside a three of her six kids, Pax, Zahara and Shiloh. For the occasion, Jolie herself went effortlessly chic in a staple white T-shirt tucked into high-rise corduory pants; she also made sure to include a protective white face mask as they walked the streets of France.

The “Malecifant” star continued the streamlined appeal of her attire with her choice of footwear. The classic pumps featured a pointed-toe fit with a rounded vamp and a lifted stiletto heel, appearing to measure over 4 inches in height. The design came coated in a nude leather upper for a sleek finish.

When she isn’t channeling Parisian trends, you can oftentimes find Jolie in a mix of designs from top labels — think Versace little black dresses and Givenchy couture ensembles. As for footwear, classic pumps are the most common silhouette in the “Wanted” star‘s rotation. Her go-to brands include Gabriela Hearst, Salvatore Ferragamo and Kurt Geiger amongst other top labels. As she was promoting her film “Maleficent,” Jolie also frequented heels from Christian Louboutin who created a line of custom heels inspired by the movie for the actress.

Click through the gallery for more of Angelina Jolie’s best shoe moments over the years.