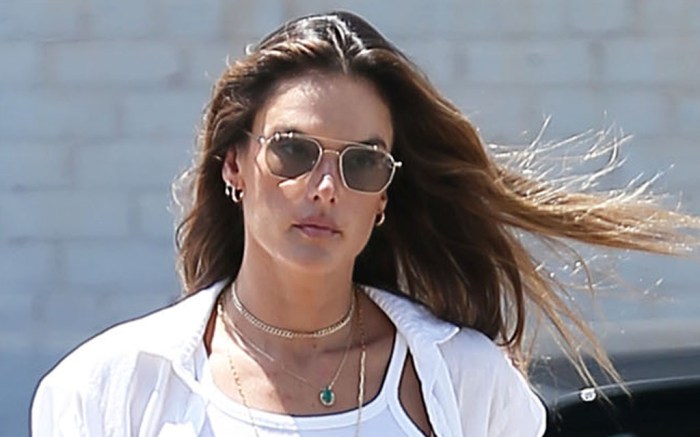 Alessandra Ambrosio may have just found the outfit combination of the summer.

The former Victoria’s Secret Angel stepped out for a bite to eat in Los Angeles on Tuesday, layering a boyfriend-style shirt over an “It” girl cropped top and cropped wide-leg jeans.

The newest “It” girl trend comes in the form of a classic white crop top typically matched to a bold pant or statement short; fans of the style include Kendall and Kylie Jenner, Lori Harvey and more who have modeled similar tops in the past few weeks alone.


On her feet, the Brazilian model herself continued her streak of thong-toe footwear. Thong-toe footwear returned to the celebrity scene last year as one of spring and summer’s biggest trends and is expected to stick around in 2021. Be it classic flip-flops or thong-toe heels, the minimalistic silhouette falls in line with a ’90s-inspired revitalization of fashion, as seen with shoes like square-toe styles and pops of neon color. Stars like Alessandra herself along with Meryl Streep and Kim Kardashian amongst other major names are continued to support the trend in cooler temperatures.

Ambrosio’s pick this week came in the form of a braided silhouette with white uppers, a rounded toe and mid-height heel, bearing resemblance to Gianvito Rossi’s Tropea style; the all-white colorway retails on sale from $745 to $447 at Saks Fifth Avenue.


Along with her title of a former Angel, Ambrosio has appeared in ad campaigns for Schutz, Jordache, XTI Shoes and Swarovski, among other brands. The model also launched her own swimwear line, Gal Floripa, last year with her best friend Gisele Cória and sister Aline Ambrosio.

Click through the gallery for more of Alessandra Ambrosio’s shoe style over the years.